The National Leader of the All Progressives Congress (APC), Senator Bola Tinubu, has recommended that the provision of the Fiscal Responsibility Act that prohibits fiscal deficit of more than five per cent budgetary limit should be suspended for the current fiscal year, due to the injury inflicted on the economy by COVID-19.

Alternatively, he said the limit could be raised to between 25 and 30 per cent to boost government spending in order to reflate the economy.

Tinubu, who made the recommendation in a paper he wrote titled, “Coronavirus Economic Stimulus Program,” made available to THISDAY yesterday, said his proposal would allow the federal government, “more room to make the minimum expenditure necessary to save the economy and the people.”

“The best step would be to suspend the five per cent budgetary limit for this fiscal year. Alternatively, the limit should be raised to 25 to 30 per cent,” he explained.

The former Lagos State governor argued that presently, recessionary forces outweigh inflationary, pointing out that the agricultural, service and manufacturing sectors have been hurt by the pandemic, with urban employment severely battered.

The economy would suffer palpable contraction unless government enacts countervailing measures, he warned.
The Fiscal Responsibility Act prohibits fiscal deficit of more than five per cent of GDP.

He explained: “This provision was fashioned after the Maastricht Treaty governing membership in the Eurozone. Eurozone members never honoured the deficit ceiling even in normal times; it was too impracticable and deflationary to abide. Given the exigencies of the current moment, the Eurozone has completely ignored the Maastricht limits.

“The fiscal responsibility limit, while perhaps well intentioned, is, to say the least, inapt for a nation in our economic situation. The provision is based on two inaccurate assumptions. The first myth is the belief that national government fiscal deficits are always harmful. The second is that economic conditions will always be ‘normal’ even for the long-term.”

According to him, a government deficit serves to enrich the private sector, boost growth and activity.
He, however, noted that the only concern with deficit spending would be inflation. But, Tinubu maintained that in the present case, the threat the country was faced with was more recessionary than inflationary, saying that a bit of inflation would be the cost, “We should be prepared to pay to avert severe contraction.”

According to him, with the fiscal latitude provided by lifting the budgetary limit, the government would be able to render emergency sustenance relief to most Nigerian households, especially the recently unemployed, via cash payments.

This, he explained, would blunt hunger, maintain aggregate demand in the domestic economy and help sustain private-sector markets to the extent possible.

Directed towards needy and modest households, such expenditure must be heavily weighted to local produce, not to imports, the APC leader said, adding that it would also help mute inflation.

Tinubu said: “Such payments can be done in either one or in a combination of three ways. First, we can designate a stipend for every household. The amount should be enough to pay for the monthly needs of an “average” household for food and other basics.

“While this may somewhat penalize larger families, perfection cannot be had at this time. Second, the stipends could be given as a form of emergency unemployment insurance to those who can prove they were relieved of employment due to the crisis.

“This would be more targeted at the actual victims of the crisis but harder to administer. This stipend would also have to be extended to owners of small and medium-sized businesses.

He said payment of such stipends would require hiring additional government workers to augment the existing bureaucracies to implement the program.

Tinubu added: “Payments can be made quickly by using the BVNs of prospective recipients to make direct deposits into individual bank accounts. This will encourage those without bank accounts to establish such accounts.

“This process will bring millions of people into formal banking. It will also be safer and not lead to the types of violence and crime that might follow physical cash transfers.

“To maintain an adequate supply of food and ensure price stability, government should re-establish commodity boards for strategically important crops.

“These boards will specify a guaranteed minimum-maximum price range for these crops in order to maintain and stabilize farm incomes as well as consumer prices.”

In addition to the work of the boards, the government and the boards must take additional action to improve the transportation of goods from farm to market, he said, adding that constructing new storage facilities in major urban centres would help maintain supply, keep prices lower and also provide employment for those constructing and maintaining the storage berths.

“At this time, imports generally hurt the economy because they siphon much needed hard currency. It is imperative that we drive down our level of imports.

“The sole exceptions to this rule are medicine, essential raw materials and vital products such as petrol imports that we do not produce in sufficient quantities. On some essentials, we may even lower taxes and tariffs,” he said.

Even with schools closed to classroom instruction, Tinubu recommended that the school feeding program should be continued.

He reiterated his call for the Central Bank of Nigeria to lower interest rates to single digit in order to spur the private sector.

“To ensure the health of commercial banks, the CBN should give liberal access to its discount window at a virtual zero interest rate policy. To assist large businesses to maintain operations and their payrolls, the CBN can give conditional interest-free loans.

“Conditions could include firms maintaining their workforce and even hiring an extra 10 per cent for two to three months but at a more reduced wage. These additional workers should be youth hired under a temporary internship or training program,” he added. 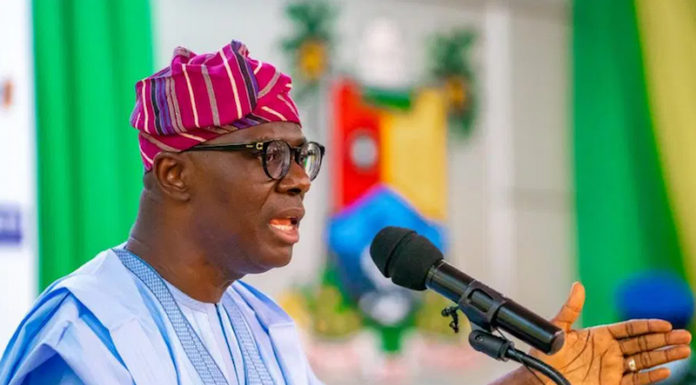