A commercial vehicle driver was yesterday shot dead by an officer of the Nigeria Security and Civil Defence Corps (NSCDC), Abia State Command, for allegedly refusing to bribe at a checkpoint.

The driver, who was identified as Amobi Igwe from Ishiagu, Ebonyi State, was said to have been gunned down at Umuikaa junction in Ngwa North Local Government Area of Abia State along the Enugu-Port Harcourt expressway.

The ugly incident occurred barely 10 days after a police officer shot dead a petrol station attendant at Ogbor Hill in Aba on similar reason of enforcing the lockdown directive.

According to an eye witnesses, the victim was conveying food items, including rice and tomatoes, to Umuahia when he was stopped at the checkpoint manned by the Civil Defence officer.

It was gathered that an argument had ensued when the Civil Defence officers demanded bribe from the driver before he would be allowed to cross the checkpoint and proceed on his destination.

While the driver was arguing that he was carrying food items and was therefore exempted from the restriction on movement, the officer demanded the key of the vehicle and started arm-twisting the driver to collect the key.

As the argument and the struggle for the car key heightened, the trigger-happy Civil Defence officer was said to have let off his gun and hit the hapless driver on the chest, killing him instantly.

On seeing the gruesome killing, a mob was said to have gathered to lynch the killer Civil Defence officer but he ran into a nearby police station for protection while other members of his team drove away from the scene.

But the state Commandant of NSCDC, Nnamdi Nwannukwu, has denied the eye witnesses account of the incident, saying the deceased was neither carrying any food item in his vehicle nor was he asked to give bribe at the check point.

In a statement he personally signed, the state commandant admitted that the driver was killed by a ‘stray’ bullet fired by one of his men identified as SIC Eke Richard, adding that the gun was aimed at the tyres of the vehicle.

According to him, the driver was flagged down at the check point but sped off dangerously, skidded over a barricade and brushed an officer in a bid to beat security. “The action raised suspicion among the operatives that he (driver) could be a criminal attempting to beat security,” he said, adding that the development “prompted” one of the operatives “to fire a shot targeting the tyres.”

Meanwhile the Coalition of South East Youth Leaders (COSEYL) has demanded the dismissal, arrest and prosecution of the killer Civil Defence officer, saying his action was barbaric and he should suffer the consequences.

The group in the statement signed by the President-General and Secretary-General Goodluck Ibem and Canice Igwe respectively, said it was alarming that security personnel would kill a man after the state Governor, Okezie Ikpeazu, had last week warned against excessive use of force in enforcing the lockdown directive. 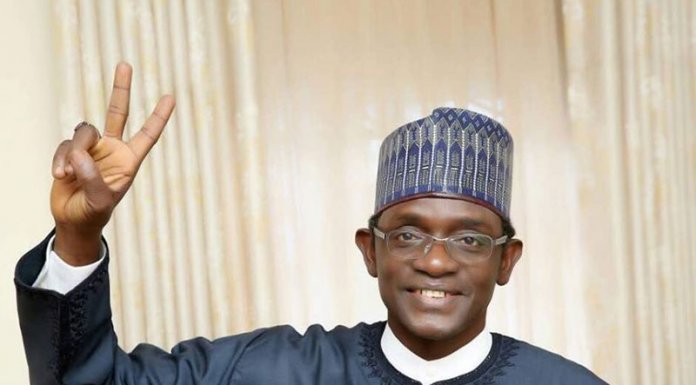 Extreme Poverty in Nigeria, Others up By 7%, Says Bill Gates