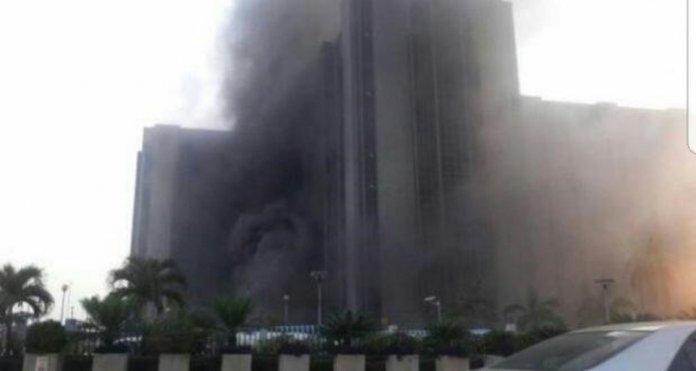 He explained that the inferno, which occurred at about 10.20 a.m was due to a power surge in one of the outer units of the split air-conditioner on the 6th floor in the main building, leading to an explosion.

He said the sound attracted the attention of the few personnel within the premises who immediately mobilised to quench the fire using fire extinguishers and fire hose reels within the building.

But he said the fire was subsequently put out by the Federal Capital Territory (FCT) Fire Service which responded promptly following a distressed call.
According to the CAC boss, the fire had descended through the outer AC ducts to the 5th and 4th floors when the fire service was called in to salvage the situation.

He said: “The fire has since been contained. Only one unit of 2 horse power split air conditioner and the electric cabling leading to it were affected.

“There was no casualty arising from the incident. Furthermore, the commission’s main building and all records and other vital information have not been affected by the incident.”