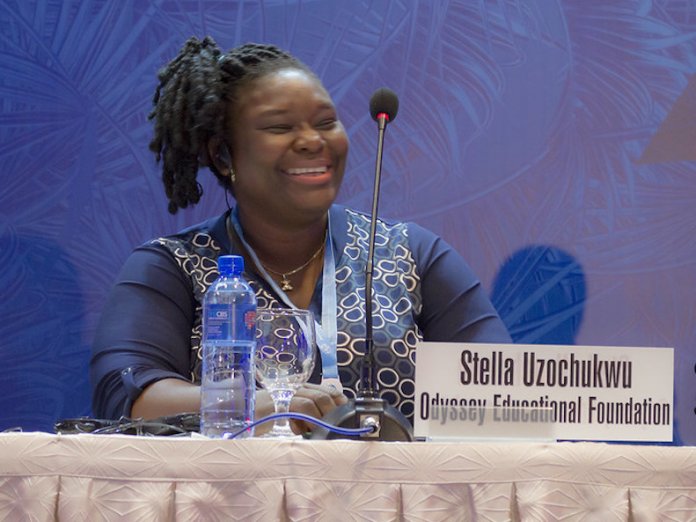 Mrs. Stella Uzochukwu-Denis is a master educator with Technovation, a STEM evangelist and enthusiast with Odyssey Educational Foundation. In this interview with Funmi Ogundare, she explained how the deployment of robotics can help boost investment for the Nigerian economy, among other issues. Excerpts:

As a master educator with Technovation, how many school girls have been trained in the course of developing mobile apps and where are they from?

I have had the opportunity to work with over 4,000 girls and they have developed several apps, but the in thing for me is that these girls between the ages of 10 and 18 years are able to ideate. They understand the fact that they matter in their communities and they learn compassion as they understand what people and girls in their communities are going through. The usual experiences for a young person is to realise that they have the power, the ability to make their world better, and that they can do that without any permission or the right age and experience to do so. Most of these girls are drawn from various government schools across the country.

How has the effort impacted their lives?

Their lives have changed and perspective too has changed. As a matter of fact, they have learnt to dream big. I have worked with some of these girls from primary school and some of them are sophomores and we are still working with them.

You were involved in the after-school STEM programme for girls, how were you able to develop the curriculum to build the capacity of the girl-child?

When I came back from India where I saw the after-school programme for the first time where kids gather after school to learn a skill in STEM career, I went straight to the Lagos Ministry of Education to inform them that I want to implement that in schools. I was told since the children already have much to do and they close about 3pm, they may not allow me carry out the programme.

I never relented, but kept going back to their office until recently when I got approval to start a pilot programme in one of the federal government colleges. While I was going to the ministry, I also approached the State Universal Basic Education Board (SUBEB) and was given express approval to work with some students after the close of school on our programme. I also got approval to work with senior secondary schools in Abuja after about three years.

In what ways have you been able to reach underserved girls in the society to ensure that they are equipped in the area of STEM education?

I have done so much with these girls. We go with our laptops and internet to their schools to teach them things like coding, development of mobile apps, robotics, introduction to the use of technology and virtual reality, augmented reality, development of IoT devices, and most of our work have been with girls in the government schools. Some of these girls have emerged winners in regional competitions and have gone to represent Nigeria and came back with the gold medal dangling on their necks. I have done a lot with girls in underserved communities. I noticed that some of the girls I worked with were not coming to school after their junior school exams and I visited their communities and found out that they were kept at home to be married away soon. So I had to talk to their mothers to allow them come back to school.

As a 2019 Techwomen alumnus with an experience in virtual reality/augmented reality, mixed reality and gaming, how do you think these can be deployed in the classroom to impact learning?

Mixed reality can transform the way educational content is delivered; it works on the premise of creating a virtual world – real or imagined, and allows users not only see it but also interact with it. The mixed experience is the best thing that has happened to us. The experience during my internship with Unity Technology in California as Techwomen emerging leader was one where I was exposed to how these technologies were deployed in the classroom to aid learning. But one thing I have been working on is how to develop local content for schools in Nigeria.

These mixed experiences help to reduce cost at the long run as students can have experience with things and environment as if they were in it in the real world. There was this experience where a stylus is used on a laptop and the image of the animal comes out of the system. Once you wear the googles, you almost see the object and you can turn it in any direction, the sound tallies with the animal your stylus touches and it looks so real. So we would want to bring this to the classroom so that the students can learn better and as real as possible.

Do you see schools in Nigeria deploying this kind of technology for the 21st century classroom?

Absolutely, it is a matter of time. We have even started deploying it during summer classes, most of the schools even in the western world began with Google cardboard which is least expensive. It was produced by Google for the classroom and were first deployed for that purpose. Before they moved to Google daydream and now oculus quest and rift, our schools can begin to use the classroom editions which are cheap and they can learn to make it themselves. Google has been benevolent enough to put up the prototype drawing and instructions on how you can print, cut and fold the headset as demonstrated by them. Students made their headsets and are using them in the classroom. The future is here. Mixed experience has proven to be the cheapest way to get people to experience things as real as possible. This will begin to replace expensive travel and simulations of real life experiences, it will help to bring reality as closer as never before.

What is the significance of training students on the use of technology and teachers on YouTube for 21st century skills?

There is a huge gap in Nigeria digital world if we are to compare the rate of download to upload. In Nigeria, we like to search the internet for content, but we are not in the habit of uploading content. These contents are created by humans so there is need to teach the teachers and students the importance of being among the community of people who will help to ensure that there is content for people to access when they come to the internet. The Youtube team also has some handsome reward for people who are uploading content and attracting a lot of traffic on their site. It is also necessary because we need people to help upload our local content online.

When I was teaching a group of students, I found out that we were only getting videos uploaded by Indians and before long, the students began to have Indian accent. I was worried in search for what to do and I had to get involved in teaching students and their teachers how to upload content on the internet and the reward you also get for doing what you love. Look at what is happening at this time of the coronavirus pandemic, Why is it that we do not have local content for the students in our schools? Most of the sites we use in keeping our children busy during this lockdown have foreign content.

As an expert in robotics, how do you think this can impact the Nigerian economy?

Robotics will help economies become digital. It is something we should embrace. I know that after this COVID-19 pandemic, a lot of organisations would be looking to invest in robots seeing that humans can actually work from home. With robots as your workforce, even in the face of lockdown or pandemic, the factories and offices would still be operational. They would consider that it would be only the initial cost that would be large and after that, the maintenance would be a lot cheaper and no over heads as salaries, insurance and other allowances will be paid to robots.

So countries with the technological know-how or individual with such knowledge would be sought after because it would enhance businesses and things would be done differently after this pandemic. The Nigerian economy would become robust if we have a lot of people who could deploy humanoid robots. Countries that would want to invest in this would have been looking that way right now and there would be a boost in the economy. 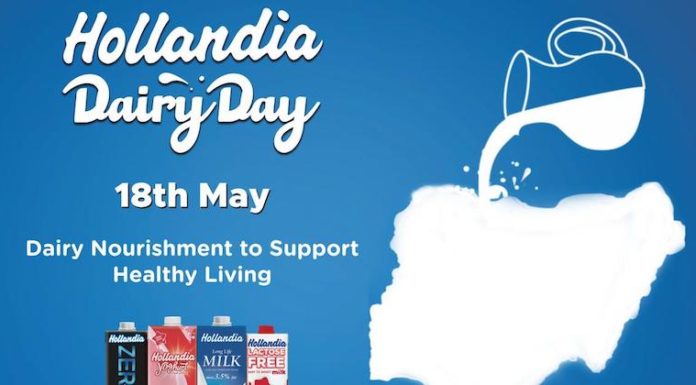