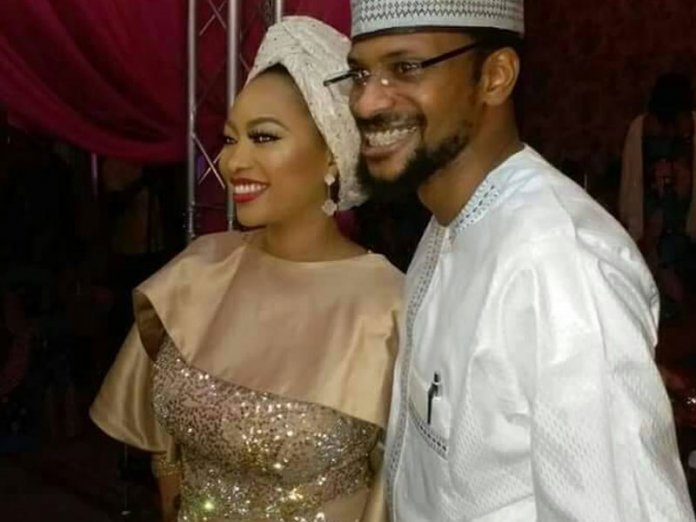 Fatima Ganduje, daughter of Kano State Governor, Alhaji Abdullahi Ganduje, was received into the household of former Oyo State Governor Abiola Ajimobi amidst pomp and ceremony. The stateliness of the intended groom, Idris Ajimobi, was nearly outdone by that of the attending guests, including Vice President Prof. Yemi Osinbajo and wife, Dolapo; wife of the President, Dr. Aisha Buhari; All Progressives Congress (APC) chieftain, Asiwaju Bola Tinubu; and countless other dignitaries of high power and standing.

What could not have been known at the time was that the delectable daughter-in-law would not be getting along with her sister-in-law, first lady of the Ajimobi household, the enterprising, the fetching, the golden Abisola Kola-Daisi.

Folks have been commenting on what could have gone down between the two ladies, both of whom are queen bees wherever and whenever. The alleged misunderstanding supposed to have existed between them in the earlier days of flowers and ice-cream has been recently reported to have swelled to explosive proportions.

It has been pointed out that the alleged quarrel between Fatima Ajimobi and Abisola Kola-Daisi is not altogether unrelated to the fierceness of their inherent selves. Everybody knows that Lady Fatima can throw down at any time of any day whenever whatever she believes in is subjected to derision. That is not a woman that abides any form of nonsense, rubbish or disrespect. Then, there is Lady Abisola.

While the kids of the Ajimobi clan are individually and collectively extraordinary, Lady Abisola has been known still as the extra-extraordinary of the lot. She, it is whose intrepid temperament motivated her to push forward the family name in the corporate world, with oil and gas, fashion, and everything in-between. When some folks think of a luxurious lifestyle, an entrepreneurial imagination, and a strong and beautiful body, it is Lady Abisola that rises to mind.

So, two women of spice and spine, both of whom are very well acquainted with a commandeering way of life…raging fires have been known to start in similar settings. Fingers of hope shall, however, remain crossed, that sneers and invectives would be replaced with compliments and encomium – if not nothing else but to leave a soupçon of peace for the Ajimobi tribe.