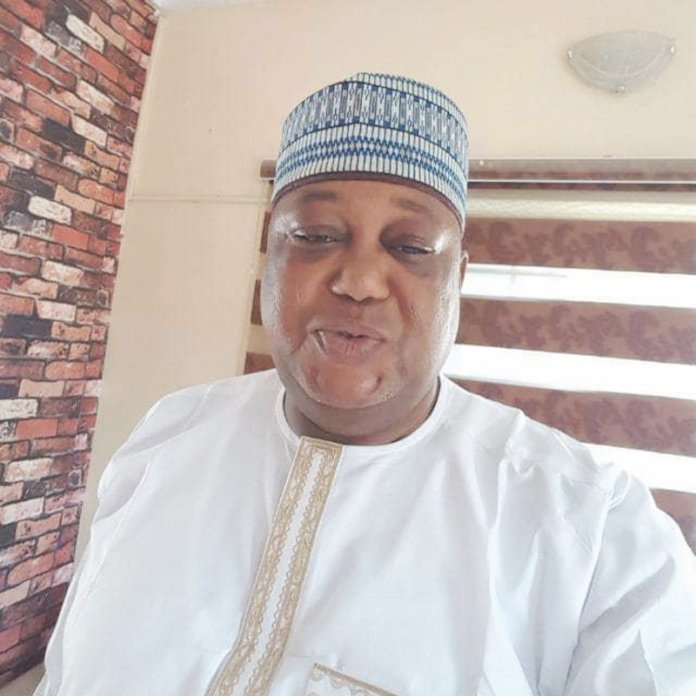 What is your take on the current security challenges facing Nigeria?

We all know that there are various security challenges in the country, particularly in the North-east. Every region has its own peculiar security challenge; in the north, you have religious crisis, farmers/herdsmen clashes; in South-west you have chieftaincy and land disputes. The same thing goes for the eastern part of the country. Those are predominantly traditional system of crimes. But all over the world, security challenges are dynamic; crime and criminality are dynamic. One of the primary responsibilities of any government is security of lives and property as no government can operate in an atmosphere of chaos and insecurity.

How would you assess the security situation in Kwara State?

The state remains one of the most peaceful in the country. However, that is not to say that we don’t have pockets of crime here and there. I remember the first issue of kidnapping we ever had was few years ago and some other crimes. The security challenge peculiar to us here is house-breaking, bank robbery. The government in place now has realised more than before, that there is the need to ensure adequate security, protection of lives and property. Because we have realised the various security challenges in our neighbouring states, makes the government to take proactive measures. When Amotekun becomes fully operational in South-west, it will push criminals out of the area and Kwara shares borders with some of these states. If you look at Niger State, there are pockets of Boko Haram and herdsmen menace there. That has been driving some of people to Kwara because it is peaceful. Realising all these, all the north central state agreed to adopt community policing, which is the best for us. Community policing involves the immediate community members. The people will be part and parcel of protecting lives and property and making governance very easy. That is what informed the security dialogue the state government and other stakeholders had recently, so that all stakeholders will carry the message back to their various communities; as well as come up with agents that will collaborate with security agencies. To eradicate crimes and criminality, the most important thing is intelligence gathering. Intelligence information gives security agents the opportunity to nip crime in the bud and at the same time, make arrests of criminals in their areas. We all know that security should not be left in the hands of the government alone.

Do you think collaboration with residents can assist in the war against insecurity?

I want to say emphatically that without the collaboration and support of the citizens that live in the state, security will not be assured. Information is power and when you don’t have information, you are as good as dead. That is why we have done the summit; that is why we are sensitising the people and that is why the government is putting in place structures. Governor AbdulRahman AbdulRazaq in his wisdom has approved the overhaul of the state security outfit ‘Operation Harmony’ to stand the test of time and to give room to the vigilance groups, who are much more effective in the hinterland so that they can collaborate with security agents.

In recent time, we have influx of people to the state from the states where Okada (commercial motorcycle) riding had been banned. The state government is strategising on how to regulate the activities of Okada riders. Currently, the riders have seven associations in the state. We are looking at a situation where they can be reduced to three for effective and proper management where we will have digital and comprehensive register of all those that are involved from tarmac to tarmac. This will enable us have proper documentation and statistics of the operators in the state. They will be given identity cards and common uniform to be able to distinguish them. Tricycles are in the same category with the Okada riders. All of them must be fully registered. There must not be any freelance tricycle rider. He must have a park.

Would you suggest to Kwara and other north central states to toe the path of the South-west states by coming up with their own security outfits?

No. I mentioned that the South-west in their wisdom decided to come up with a security outfit known as Amotekun. It is a function of nomenclature and the law backing it up, but there is no security that is much better than community policing.

Without collaboration with the people in the community, even if you send a patrol team of Amotekun to a community and there is no information about that community, the security personnel will not succeed. Crimes are not committed in the open. You will discover that for Amotekun to be successful, it will still do community policing.

Each and every state in the South-west before now, had its own security outfit; just like we have ‘Operation Harmony’ here in Kwara State. That is why we are saying that while we are doing normal community policing with the Nigeria police and other security agencies, the Operation.

Harmony outfit will be overhauled in such a manner that it will be in all the nooks and crannies of the state. As a step towards that, the state governor recently donated patrol vehicles to ‘Operation Harmony’ security outfit for proper patrolling of the state. And a lot is still coming to ensure that the outfit lives up to the security challenges. We are planning ahead so that criminals that run away from the South-west will not find sanctuary in our state. We don’t want to be caught unawares.

Do you think poverty has a major role in the current insecurity in the country?

Poverty is a bad menace but it is not an excuse for someone to go into crime, particularly sophisticated crimes. You meet people who are graduates, people who are highly intelligent in sophisticated crimes. They can use their intellect to do productive things that can fetch them money than crime. For instance, you cannot say it is poverty that pushed ‘yahoo yahoo’ boys into committing internet fraud, neither can you say it is poverty that has propelled those engaged in armed robbery into it. All is about getting rich quick. We are moving towards a situation where graduates will be prepared to be employers of labour rather than job seekers. We know it is not easy that is why the first thing Governor Abdulrazaq did was the social re-investment bill. All is designed to give empowerment to our teeming youth and women as a response to the absence of white collar jobs. Women need little support to keep body and soul together.

What do you think should be roles for traditional rulers and religious leaders in war against insecurity in the state?

Because the current government in the state realises the importance of traditional rulers and religious leaders in community policing, that was why they were invited to the recent security dialogue convened by the state. At the summit, they were given opportunities to appraise the security situations in their immediate communities and the challenges there and the likely solutions. That is why in the community policing system, traditional rulers and community leaders are approached to provide them with credible agents that will collaborate with security agents. The community leaders, traditional rulers, religious leaders including market women and Okada rider associations would be involved. We have emphasised to keep the identity of every information provider in absolute secrecy and confidentiality; because that has always been the fear of the people. Adequate phone numbers will be provided that the informant may not even need to interface with anybody to volunteer genuine information.