Mon-Charles Egbo, Print Media Aide to the Senate President, Dr. Ahmad Lawan posits that apart filling the painful communication gap left by the Presidency before the nationwide broadcast on COVID-19, Lawan continues to advocate collaboration between the legislature and the executive

In these times of adversity, there are few things that any objective analyst and even critic cannot take away from the Senate President, Senator Ahmad Lawan. His sense of forthrightness and spirit of altruism are profound. He is consistent in dispensing dispassionate leadership. Even when it hurts, he does not shy away from speaking truth to power always. He recognizes the difference between politics and governance. He insists on not just doing things right but doing the right thing. He believes that any governance output that does not take into consideration, the peculiarities of the under-priviledged and vulnerable, is not productive. Above all, he advocates that legislature is truly the conscience of the nation only when it is the ultimate voice of the people. And as such, there is always need for collaboration in governance for the overall good of the people. Yet unfortunately, this very attribute is what some elites, for mere political expediency, term compromise.

As an instance, until the nationwide broadcast on COVID-19, the painful communication void left by the presidency was filled by Lawan. And he is still unwavering in truly representing the people, particularly the poor and vulnerable, who indeed are at the greatest risk in the prevailing circumstance.

This time, his renewed advocacy is on the urgent need to deploy high level of empathy and equity for effectiveness, in the current implementation of the Federal Government’s Social Investment Programme (SIP) relative to the COVID-19 palliatives. This very scheme even before the viral outbreak generated public outcry. It attracted series of knocks on both the government and governing party, .the All Progressives Congress (APC) . Its implementation has been roundly described as lacking in national spread, thereby reinforcing the perception that the initiative is deliberately designed to serve partisan and sectional interests as against what obtains globally.

Hence it is the firm resolve of the senate president that SIP should be modified so that all the inherent good governance deliverables can be seamlessly delivered to the people, especially now that it matters most.

And therefore in furtherance of his sustained engagements with the critical stakeholders as part of containment strategies against the COVID-19, Lawan hosted a meeting of the National Assembly leadership with the Minister for Humanitarian Affairs, Disaster Management and Social Development, Sadiya Umar Farouq. The aim was to review the performance of the federal government’s relief packages towards cushioning the effects of the pandemic, particularly on the vulnerable Nigerians.

Lawan’s immediate attention was on the disbursement of the monetary palliatives as he noted that regrettably, the ultimate beneficiaries are apparently being short-changed through the outlined conditions and guidelines. He therefore called for collaboration in implementation, moving forward.

According to him, “We need to work together with you to ensure that there is effectiveness, there is efficiency; that those who are supposed to benefit, benefit directly. When for example, some conditions are set, that those who will benefit will have to go online, through the internet or BVN and the rest of it. I want to tell you that the majority of those who are supposed to benefit have no access to power. They have no access to Internet. They have no bank account, so no BVN. In fact, many of them don’t even have phones and these are the poorest of the poor. Yet, some of the conditions or guidelines which you set inadvertently leave them out. We believe that when we work together, the Executive side of government and the National Assembly as representatives of the people, we will be able to reach much more of these people who are in serious distress even before the Coronavirus. Now with Coronavirus, they need our attention more than ever before. The time has come that we review the ways and manner we use to deliver the services under the SIP to Nigerians.”

This is not the first time he would be making case for the people especially “the poorest of the poor” who he argues should be sufficiently impacted by the programme.

At his initial discussion with the Minister of Finance, he announced that the National Assembly would be providing all the support as the need arises in this crisis time. Then at the follow-up, he assured the Minister that the national assembly in the spirit of collaboration would approve the N500b COVID-19 Crisis Intervention Fund proposal, of-which chief among the purposes is to upgrade the healthcare facilities nationwide.

Lawan reiterated that beyond going to the streets sharing N20000, there should be streamlined approaches that would ensure efficiency and broad-based implementation.

Also, in yet another session with the presidential committee on COVID-19, the senate president, apparently in response to continued complaints of marginalization by some segments of the society ; further cautioned that “we must ensure that there is equity. That there is fairness in the interventions. Every part of this country should have something to ameliorate the situation whether it is Coronavirus infected or not.
In fact, some of our states have been in a very difficult situation before the outbreak of Coronavirus and such interventions will definitely help.”

So with all these demonstrated determination to remain the real voice of the people particularly in this difficult times, Ahmad Lawan has substantially proven that indeed, collaboration in governance does not translate to compromise but a strategic approach in the overall interest of the people. 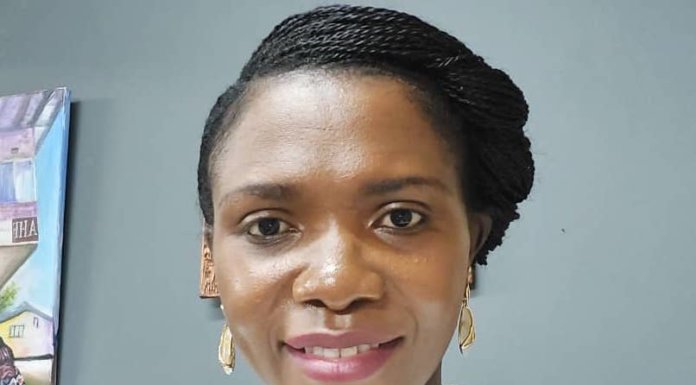