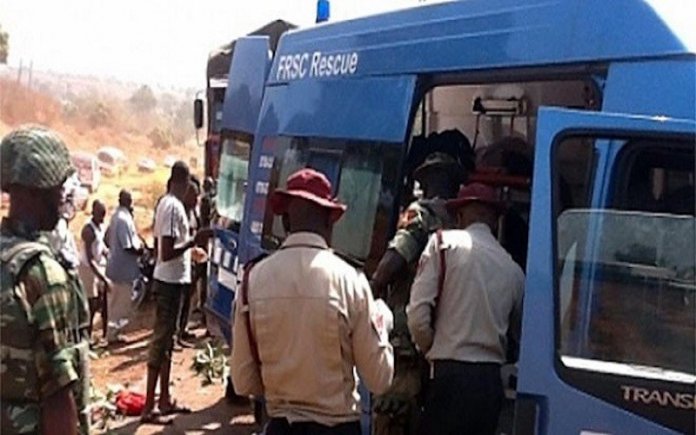 No fewer than eight persons have been reportedly dead in three separate accidents that involved six petrol tankers and a car at Olooru-Kanbi in Moro Local Government Area of Kwara State between last Tuesday evening and early hours of Wednesday.

Eyewitness told THISDAY in Ilorin ywednesday that the accident occurred when one of the tankers heading to the NNPC depot at Oke-Oyi in the Ilorin East Local Government Area had a head-on collision with another coming from the depot.

It was also gathered that another tanker, loaded with diesel, had a head-on coalition with one coming from Jebba, also in Moro LGA of the state.

There was also a private car, which was badly impacted in the accident by the tankers, sources added.

A combined team of officers and men of the Fire Service, Police and the Federal Road Safety Commission (FRSC) were promptly drafted to the scene of the accident to rescue the situation.

Speaking on the development, the Sector Commander of the FRSC in the state, Mr. Gbenga Owoade, confirmed that eight persons died in the multiple accidents.

“It happened at different times along the same route. First one occurred yesterday evening and the other two accidents happened early hours of Wednesday. The three didn’t happen at the same time. It happened at separate times.

“In the first crash, two people died; second one, four persons died; while two people died in the third one. Causes of the crashes are speed violation and loss of control,” he said.

Owoade, who stated that two other victims of the accidents are on danger list, added that they are already receiving treatment at the intensive care unit of the University of Ilorin Teaching Hospital (UlTH).