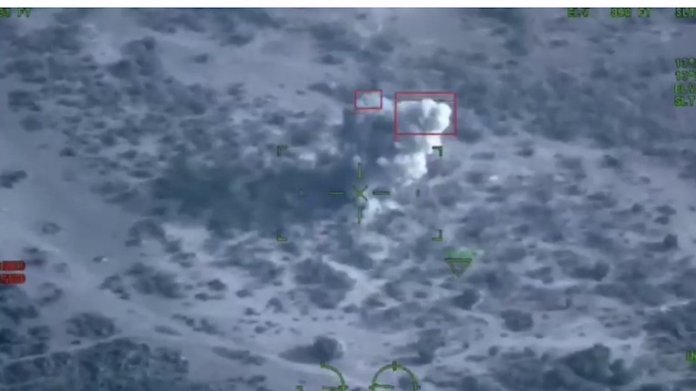 Chiemelie Ezeobi writes on the continued onslaught by Operations LAFIYA DOLE and GAMA AIKI, against terrorists in Valangide, Muktu, Parisu enclaves in Borno State and bandits in Pandogari, Niger State

Globally, the threat posed by terrorism cannot be understated. Accordingly, nations have evolved various strategies to tackle the menace with mixed results depending on the country and nature of the threat. Nigeria has not been an exception when the rise of the sect assumed international notoriety in 2009.

Also, world over, the military and security forces battle one major challenge: regrouping terror forces. Although Nigeria continues to suffer the same fate in its fight against the Boko Haram Terrorists (BHTs), there is no doubt that the military has considerably recorded some successes by reclaiming lost grounds, pushing them back into the arid desert and sometimes, even crippling their sources of weaponry.

One of such operations is LAFIYA DOLE, which has recorded considerable successes. Recently, on 28 March 2020, at Muktu, in Northern Borno, the Nigerian Armed Forces of Nigeria destroyed some structures belonging to elements of the Islamic State of West Africa Province (ISWAP) in air strikes conducted at Muktu in the Northern part of Borno State in March 25.

The mission was executed by the Air Component of Operation LAFIYA DOLE as part of the ongoing subsidiary Operation DECISIVE EDGE, after Intelligence, Surveillance and Reconnaissance (ISR) flights indicated that the ISWAP elements were using some compounds in two locations within the settlement to store their logistics as well as train their fighters.

According to acting Director Defence Media Operations, Defence Headquarters, Brigadier General Bernard Onyeuko, Operation LAFIYA DOLE dispatched its fighter jets to engage the identified compounds, scoring accurate hits leading to the destruction of the structures as well as the neutralisation of their occupants.

On March 27, several Boko Haram Terrorists (BHTs) were neutralised and their structures and logistics supplies destroyed in air strikes executed by the Air Component of Operation LAFIYA DOLE at Valangide in the Sambisa Forest general area of Borno State.

According to Onyeuko, the mission was conducted in continuation of subsidiary Operation DECISIVE EDGE, was carried out after an ISR aircraft spotted and tracked some terrorists to compounds within the settlement where they resided in some well-developed structures.

Consequently, he said Operation LAFIYA DOLE scrambled its fighter jets to engage the location. “The jets were vectored to the target by the ISR aircraft, with their munitions making direct hits in the target area, neutralising some of the BHTs and damaging some of their dwellings, some which were seen engulfed in flames”.

On March 30, in furtherance of the objective of restoring peace and security in the North-east of the Country, the Armed Forces of Nigeria, through the Air Task Force of Operation LAFIYA DOLE, ramped up attacks against terrorists’ locations in Borno State. The latest of these attacks was executed at Parisu, a Boko Haram Terrorists’ hideout, within the Sambisa Forest after series of ISR missions revealed a resurgence of activities within the settlement.

According to Onyeuko, fighter jets dispatched by the Air Task Force to attack the hideout took turns in engaging the location, resulting in the destruction of some of the structures as well as the killing of several terrorists. Other fighters, who attempted to reposition themselves in order to engage the attack aircraft, were taken out in follow-on strikes at their hiding places under shrubbery.

Also, the Armed Forces destroyed another logistics base of the Boko Haram Terrorists at Ngoske in the fringes of Sambisa forest Borno State. This was achieved in an air raid conducted by the Air Component of Operation LAFIYA DOLE in a subsidiary operation, DECISIVE EDGE. The air strikes were conducted following credible intelligence reports indicating existence of some structures within the settlements used by the terrorists to store their arms and other logistics items.

Accordingly, following confirmatory ISR missions, which showed significant activity in the settlement, Nigerian military fighter jets were dispatched to attack the location. The jets’ bombs and rockets recorded accurate hits on target leading to the destruction of the base as well as the neutralisation of some Boko Haram fighters.

In tackling banditry, on March 31, the Air Component of Operation GAMA AIKI, neutralised some bandits at their hideout located about 10Km Southeast of Pandogari in Niger State. The attack was undertaken sequel to credible human intelligence reports indicating that the bandits had assembled under a group of trees at Kalaibu Village near Pandogari. A Nigerian Air Force (NAF) attack helicopter dispatched for an armed reconnaissance mission in the area spotted and engaged the bandits, neutralising some, while others managed to escape with gunshot wounds.

On April 3, the Armed Forces, through the Air Task Force of Operation LAFIYA DOLE and Artillery Batteries of Sector 3 of the Multi-National Joint Task Force (MNJTF), destroyed an ISWAP camp at Tumbun Fulani on the fringes of Lake Chad in Northern Borno State.

This was achieved in combined air and artillery bombardments conducted as part of the coordinated joint offensive by the MNJTF to dislodge and completely rid the Islands (Tumbuns) of Lake Chad of terrorists’ presence and activities.

According to Onyeuko, the operation was executed on the heels of credible intelligence reports indicating that the ISWAP elements, with their structures concealed under the dense vegetation of the area, used the settlement as a base from where they plan and launch attacks.

Accordingly, the joint interdiction mission was launched with a NAF Intelligence, Surveillance and Reconnaissance (ISR) aircraft coordinating the barrage of artillery and air fire towards designated targets in the settlement, destroying them and neutralising some of the ISWAP fighters in the process.

In a related development, he said the Air Task Force has continued to provide airlift support to troops of participating MNJTF national contingents, along with their logistics. NAF ISR platforms and helicopters are also providing aerial command posts for enhanced coordination of close air support missions as well as fire control support for independent ground artillery bombardment of terrorists’ positions.

He added, “the Armed Forces of Nigeria, in furtherance of the objective of restoring peace and security in the North-east, will sustain the offensive against the enemies of our nation.”