The lockdown imposed on Abia State as part of measures to contain the spread of coronavirus has claimed its first victim, as a fuel attendant was shot dead by a policeman on enforcement operation at Aba.

The victim, simply identified as Chibuisi, was working at the Green Mark Energy filling station located along New Umuahia road in the commercial city of Aba when he was killed on Sunday, April 5.

It was gathered that the young man was gunned down while trying to intercede for a customer who was accosted by a police enforcement team ostensibly for violating the lockdown order.

Chibuisi was said to have been shot in the waist with the bullet piercing his pelvic bone horizontally and died on getting to the hospital.

The state command’s Police Public Relations Officer, Geoffrey Ogbonna, confirmed the ugly incident when contacted on phone, saying that the shooting was “not a deliberate act (but) a cade of accidental discharge”.

However, he said that the police has launched investigation to unravel the circumstances that led to the fatal shooting of the young male fuel attendant.

An eyewitness, Dr Cyril Irobi, who spoke with THISDAY, said that a customer had driven into the filling station on Sunday afternoon and bought fuel but on his way out, a police patrol team stopped him.

He said that the fuel attendant apparently sensing that their customer could be in trouble, went to plead with the policemen to let him go since he is diabetic and had come out to get his drugs.

“The fuel attendant was pleading with the police to leave the man alone and a gun shot rang out,” the eye witness said.

The trigger happy police officer was identified as Mr. Stanley Asu, an Inspector and leader of the team from Ohuru Isimiri police station, on patrol to enforce the lockdown.

Narrating the incident further, the eyewitness said that the police team had attempted to escape when they realised that the gunshot was fatal but the soldiers around the scene stopped them.

It was then that the victim was rushed to the hospital but he could not make it.

The untimely death of the young man was said to have generated tension which almost boiled over on Monday when a mob gathered for a rampage but it was averted when some elders intervened. 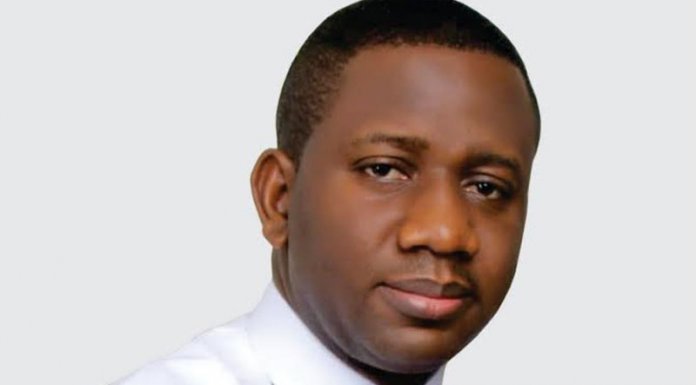