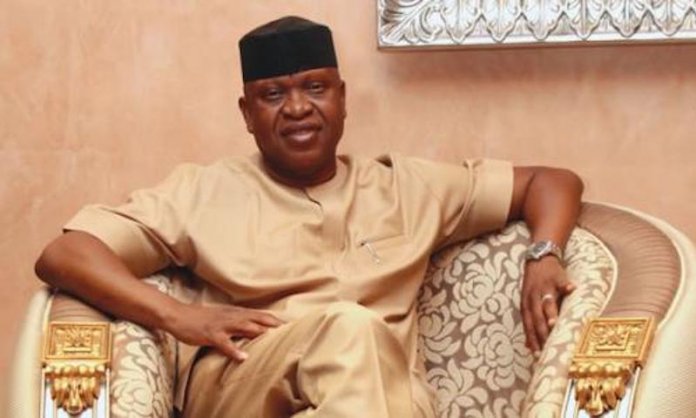 The older [and wiser] one grows, the more obvious it is that the lives of men cannot be measured in teaspoons or ladles. Great men are most often thought to be great when their bones no longer hold together in the grave – although there are exceptions to this rule. Still, a man alive is one with many roads before him: he could lead a quiet life with joys little and lasting long, or take the highway to rise and fall and rise and fall intermittently. One wonders if this is the very path that Otega Emerhor has taken.

Not so long ago, Delta State and All Progressives Congress (APC) would not be spoken in the same sentence but for the name of political sharp man, Olorogun Otega Emerhor, who founded the party in Delta State, and was one of its major financiers, alongside several eminent leaders of Nigeria. This was before the party won the presidential elections; before it had even a smudge of recognition among the grassroots.

It, therefore, was not out of place that Emerhor was made the party standard-bearer in 2015. Alas, the general analysis is that the good people of Delta State preferred the leadership of the Peoples Democratic Party (PDP) – which they were more familiar with than APC. Therefore, Emerhor did not come out of that one in flying colours.

However, things started to settle soon enough, especially with the powers of Senator Ovie Omo-Agege and Chief Great Ogboru. It wasn’t long after that the party in 2019 nearly got the gubernatorial seat; but for divisions that ensued within the party, they might have won. Something came out of it, however, and that was the ousting of Emerhor from his chairmanship position in the state branch of the party, to be replaced with Prophet Jones Erue. Thus, Emerhor lost his mojo.

Of course, Emerhor did not get lost in the landscape of party members before being forced out; he engaged in stroke after stroke of contention with Senator Ovie Omo-Agege regarding the senatorial position but lost. Any wonder, therefore, that Emerhor is nowhere to be seen at the moment?

Having pioneered a winning party in Delta State, and gone through many a winding road, Olorogun Otega Emerhor has retaken the first road, a humble, low-profile life, disturbing nobody and being disturbed by none.