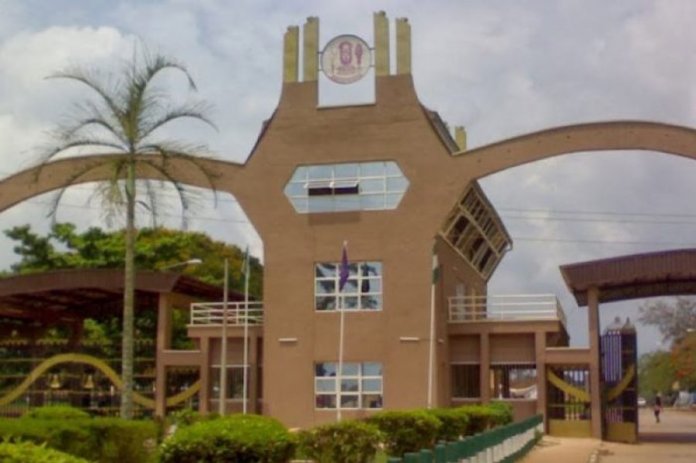 Anxiety has enveloped the University of Benin Teaching Hospital (UBTH) following the isolation of not less than 25 of its health workers who were exposed to three patients who hid their travel history at the time when they tested negative for coronavirus but later tested positive.

One of the three patients has died following complications from an underlining ailment.

A source said: “The patients were admitted via A and E with complaints of cough, difficulty in breathing, catarrh but they all denied their travel history. Clearly, the Nigerian patients have decided to kill/endanger health workers.

“They were initially tested as negative and they were then transferred to the open ward where they had contact with many doctors, nurses, cleaners, and health workers. One of them deteriorated so bad that they repeated covid test for all of them after 72hours- it came back positive.

“The one that deteriorated had kidney problems and is now dead; and because of this, 25 medical doctors have now gone into isolation in UBTH. Of those 25, thirteen are doctors who just graduated from medical school.”

A statement on behalf of the Chief Medical Director, Prof. Darlington Obaseki, by the hospital’s Public Relations Officer, Joshua Uwaila, on Sunday, confirmed the three positive cases and death of one of the patients.

The statement also confirmed that health workers exposed to the three positive cases had gone into self-isolation following.

The statement said the surviving two of the three patients were currently being cared for in an isolation ward with restricted access.

“Prior to confirmation of their COVID-19 status, some of our healthcare staff were exposed to these patients while using only Personal Protection (surgical face-masks and gloves).

“Currently all staff who were exposed to these patients are asymptomatic and they are being monitored closely according to current guidelines.

“Further measures have been put in place to ensure that our staff are not unduly exposed to risks of infection with COVID-19 in the course of their providing care for patients who come to the hospital for various reasons.

“Healthcare workers are on the frontlines in this pandemic and therefore at a higher risk of being exposed than the general public. The management and staff of UBTH while ensuring standard precautions at all times to prevent the spread of this disease, crave the support and understanding of the general public as we fight this raging battle to contain and curb COVID-19”, the said.

The CMD listed the insurance policy to include life insurance that covers payment of N5 million to dependants in the event of natural death, accidental death.

The CMD, who explained that the insurance cover was exclusive of payment of daily allowance for feeding and transportation which were being worked out, stated that the policy was for all frontline staff involved in the management of COVID-19 patients.
‎

He further assured that the welfare and safety of all members of staff of the hospital was also the management’s priority.‎