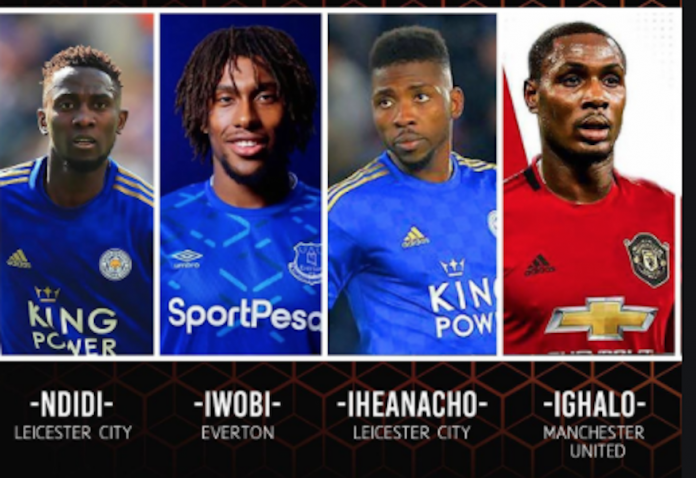 Nigeria’s Premier League stars are facing a possible reduction in wages due to the coronavirus pandemic, although no unanimous agreement has been reached on wages deferrals, positive talks were held yesterday.

Premier League clubs will ask players to take a 30 per cent pay cut in order to protect jobs as it was announced the season will not resume until “it is safe and appropriate to do so”.

All clubs have agreed to put the proposed “combination of conditional reductions and deferrals” to players.

The Premier League will advance £125m to the EFL and National League, and give £20m towards the NHS.

The EFL, Women’s Super League and Women’s Championship have all suspended play without setting a target return date, meaning the entirety of English football is on hold indefinitely.

“It was acknowledged that the Premier League will not resume at the beginning of May – and that the 2019-20 season will only return when it is safe and appropriate to do so,” a Premier League statement said.

“Any return to play will only be with the full support of government and when medical guidance allows.”

Players had faced scrutiny, notably from health secretary Matt Hancock, to take a cut in wages and “play their part” in offering support during the coronavirus pandemic.
Some clubs had furloughed non-playing staff as a result of the shutdown of the sport.

Before the Premier League statement was released, club captains – led by Liverpool skipper Jordan Henderson – held discussions over the creation of a charitable fund which could benefit the NHS.

The Professional Footballers’ Association (PFA) has previously written to its members urging them not to agree any reduction or deferral in wages until they have spoken to the union.

After a meeting of clubs yesterday, the Premier League proposed a cut in wages in order to “protect employment throughout the professional game”.

“This guidance will be kept under constant review as circumstances change,” the Premier League said. “The league will be in regular contact with the PFA and the union will join a meeting which will be held tomorrow (Saturday) between the league, players and club representatives.”

The Premier League said it was aware of “severe difficulties” throughout the football pyramid and with clubs unable to play fixtures, moved to help “immediately deal with the impact of falling cash flow” at EFL and National League clubs.

Julian Knight, chair of the government’s Digital, Culture, Media and Sport committee, welcomed the financial help for smaller clubs but said as the wage cut had not yet been agreed by players, the situation was “not much further along”.

The league’s statement also expressed “huge appreciation for the heroic efforts of NHS staff and all other key workers who are carrying out critical jobs in such difficult circumstances” with £20m immediately committed “to support the NHS, communities, families and vulnerable groups during the Covid-19 pandemic”.