On 5th March 2020, members of the Anambra State Council of Elders stirred the hornet nest during their first meeting for the year. They were reported to have thrown their weight behind the decision of the ruling All Progressives Grand Alliance (APGA) and other interested persons in the state to zone the position of the governor of the sate to the southern senatorial zone.

The group which consists of very eminent citizens of the state, including former Secretary General of the Commonwealth, Emeka Anyaoku, former governor of Anambra State, Dr Chukwuemeka Ezeife, the traditional ruler of Onitsha Kingdom, Igwe Alfred Achebe and others during the meeting backed the plan, and described it as being just. Though the meeting dwelt on several other topics of importance, including reviewing the state of ongoing projects in the state, but the only topic that caught the attention of members of the public was the support for the governorship position to be zoned to the south.

The details of the meeting of the elders was communicated through a communique jointly signed by Anyaoku and secretary to the state government, Professor Solo Chukwudebelu. Part of the communique read, “The council reiterated its position on the rotation of the office of the governor among the three senatorial zones in the state, and hence its expectation that the next governor of the state will come from the Anambra South senatorial zone.” THISDAY gathered that former CBN governor, Professor Chukwuma Charles Soludo, who is the Chairman of the Anambra State Vision 2070 Committee, used the opportunity of the meeting to present a blueprint of the state’s developmental plan to the elders.

Reacting to the endorsement by the elders, a former governorship aspirant of APGA, Dr Elo Aforka said, “The communique credited to the so-called Anambra Elders Council of which they have not till now denied stated that the 2021 Governorship seat in Anambra State has been zoned to Anambra South. This assertion is not different from the counsel of Ahitophel, the notorious adviser of David who counseled David’s son, Absalom, to murder his father, so as to take over the rulership of the kingdom of Israel.

“The Anambra Elders Council has shown that they lack qualifications to be regarded as Elders in Igboland by supporting thoughtless idea that only breeds bifurcation, confusion, suspicion and distrust among brothers in Igboland. One is not surprised because it is evidently clear from their statements that the persons in Anambra Elders Council are merely puppeteers of Governor Willie Obiano.

“Obviously, the members of Anambra Elders Council have maintained long years of affluence such that in due of lack of contact with the real reality of the human condition in Igboland and Nigeria in general, they can stand up and say nonsense. They should seek counsel from a philosopher’s statement: “whereof ye cannot speak, thereof thou should keep your mouth shut,” he said.

Several other reactions have followed the endorsement, but besides the that, the endorsement has also gained the attention of traditional rulers from northern senatorial zone of Anambra State. The royal fathers rejected the call for the governorship position of the state to be zoned to the Southern senatorial zone. The monarchs who met last weekend at the palace of the traditional ruler of Igbariam community, Igwe Nkeli Nzekwe, who is also the chairman of Anambra North traditional rulers opted out of the pronouncement, saying they will not support it.

Igwe Nzekwe while briefing journalists after the meeting of the monarchs said they will not support the ceding of the governorship position to any zone, but will rather ask that whoever becomes the governor of the state, must have the good of the state at heart and ready to work for its development.

“We are traditional rulers, we are royal fathers, the father of all. We do not tell lies. Our role is to bless anyone who emerges as governor. You cannot zone the governorship position to a particular zone, and people from other zone will also be in the contest, as have been seen in previous elections. To us, it is confusing. If you want to enforce zoning, then only people from the zone where the governorship is zoned should be allowed to contest. If you leave people from other zones to contest and by a stroke of luck they win, will you take the victory away from them because they are not from the favoured zone?” Nzekwe asked.

The monarchs said they will not be forced into accepting a zoning system that does not exist, while calling on politicians to throw open the contest, as what is more important is for the state to have a competent governor who has the capacity to develop her.

The war on whether to zone the governorship of the state to a particular senatorial zone or not started after the ruling All Progressives Grand Alliance, APGA stated publicly that the party would choose a successor for the state governor, Chief Willie Obiano from the southern senatorial zone. Obiano is from the Northern zone, and he succeeded Mr Peter Obi from the Central zone, and the APGA believes that it is equity for the governorship position to move to the south.

Though there are other groups in the state who have also spoken in favour of the next governor coming from the southern zone, but the Peoples Democratic Party, PDP which is one of the top contending parties for the governorship position has thrown the contest open for all that are willing to contest. The chairman of the party in the state, Ndubuisi Nwobu during a stakeholders meeting in Awka disclosed that anyone from any part of the state that wishes to gun for the position can throw their hat in the ring. He however added that the party will endeavour to make the primary election transparent and also ensure that the winner will be one of high pedigree, with a proven capacity to develop the state.

Already, some top politicians who are not from the southern senatorial zones have indicated interest for the position. Among them are Dr Obiora Okonkwo, a Russia trained political scientist, who is also a businessman and philanthropist. Okonkwo who has gained a huge acceptability among all zones of the state is contesting on the platform of the Peoples Democratic Party, and is favoured to clinch the ticket of the party for the contest.

In an interview with THISDAY, Okonkwo had stated explicitly that the zoning arrangement in the state was a ride. He said, “People only support zoning when it favours them, and when it doesn’t, they are against it. Let me tell you, there is no zoning in Anambra state, and we know it. Tell me which election has been held before, and zoned to a particular zone, and politicians of other zones hands off, because it is not their zone? What our state should better consider is a candidate that has pedigree, and the capacity to develop the state, and that is what I represent.”

Anambra will in November 2021 hold its governorship election to elect a replacement for Governor Willie Obiano, who will be leaving office on 17th March 2022 after two tenures of eight years.

Though there are other groups in the state who have also spoken in favour of the next governor coming from the southern zone, but the Peoples Democratic Party, PDP which is one of the top contending parties for the governorship position has thrown the contest open for all that are willing to contest. 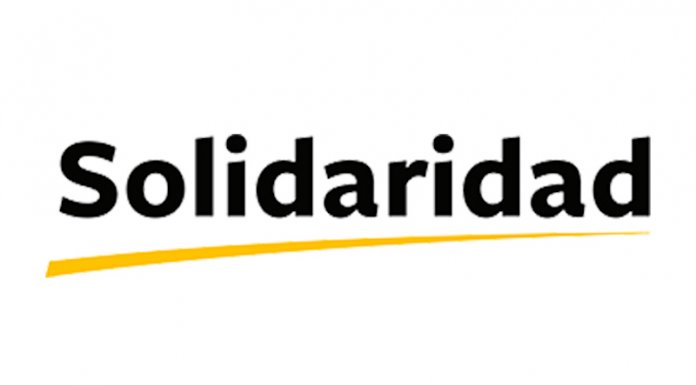