Renaissance Capital’s Sub-Saharan Africa (SSA) Economist, Yvonne Mhango, has predicted that the Nigerian economy will slip back into recession this year, due to the impact of the significant slump in the price of crude oil as well as disruptions caused by the COVID-19 pandemic.

In her presentation which focused on Africa, the economist noted that the continent’s oil exporters would be severely hit hard by the drop in oil prices. This, according to her, implied a sharp slowdown across all economies in the region, even as she anticipated that SSA’s growth would fall to 1.3 per cent in 2020, compared with her previous forecast of 3.5 per cent.

Slower growth implied fiscal positions would deteriorate across the board, she said.

Yvonne assumed that three of the region’s five biggest economies – Nigeria, South Africa and Angola – would contract, and that the naira would continue to come under pressure to depreciate as Nigeria’s external balances deteriorate.

However, “lower oil prices are positive for SSA’s oil-importing countries, especially those of East Africa, such as Kenya, and positive for their current account balances and their currencies.

“Inflation is likely to slow on the back of lower transport and energy costs, allowing for accommodative monetary policy, although this will be undermined by the COVID-19 related drop in global demand that will subdue GDP,” she added.

But in his contribution, the main factors flagged by the Director, Frontier / SSA banks’ research analyst, Adesoji Solanke, for the SSA banking sector were the COVID-19 implications, low oil prices, the devaluation of currencies, and deteriorating asset quality.

“Across the key markets we cover, our view is that COVID-19 has negative demand and supply side implications for banks’ customers whether large, small or individuals.

“There are also growing operational risks stemming from branch closures, poor internet and energy availability for stay-at-home employees; and risks to earnings across interest and non-interest income as well.

“Overall, how bad this get depends on how long countries remain locked down and how quickly we get the economic engine moving afterwards.

“For oil prices, the extent of potential damage depends on whether we see a “V” or “U” shaped recovery in oil prices. Banks have put hedges in place for many of their oil customers but not for all production, and these are also time-limited between 6 and 18 months.”

Solanke, however, said Nigerian banks were in a better position today to navigate a low oil price environment, “as the vintages they went into the 2014 crisis with have now been properly stress tested and they simply need to dust up the playbook – restructurings and moratoriums will happen but with impairment implications under IFRS 9.”

Speaking earlier in the online press briefing titled: ‘Where are we in the struggle to make forecasts for EEMEA during COVID-19?,’ Renaissance Capital Global Chief Economist, Charles Robertson, underscored the encouragement from the flattening of new COVID-19 cases in Italy, which peaked at the weekend.

The progression of the virus was fairly straightforward to monitor, according to Charles, who believed that US markets might see new cases peak in April.

He stressed that emerging markets have beaten Europe in their lockdown-enacting measures, acting faster and more effectively overall, “if we judge from the number of cases per 100,000 population.”

“Russia, South Africa, Turkey and Egypt have all acted earlier than many European countries – similarly to East Asia, where the virus is much more contained,” he said.

Robertson pointed out that the further crash in EM currencies has taken them to seriously cheap levels, their lowest since the late 1990s, with the biggest currency downward moves in Latin America – Columbia, Brazil and Peru – all at 25 per cent.

Commenting on the G20 virtual summit and the $5 trillion support package announced last week, he said: “The G20’s focused set of measures appears to be aimed at supporting the US, EU and UK economies, and is not a global package of growth to support those hit hardest by the virus at a time of rapidly rising unemployment. The lack of detail is indicative – the G20 appears to have not recognised this is a global crisis that requires a global response.”

Also, the Head of Equity Strategy, Daniel Salter, said it would be easier for low interest rate countries where bond yields are low and have been stable or even falling over recent weeks. He added that developed markets are best positioned, followed by Emerging Asia: Taiwan, Thailand, South Korea, Malaysia, the Philippines, India and Vietnam – all of which are well placed to offer fiscal stimulus, with low yields and little or no increase in yields YtD. 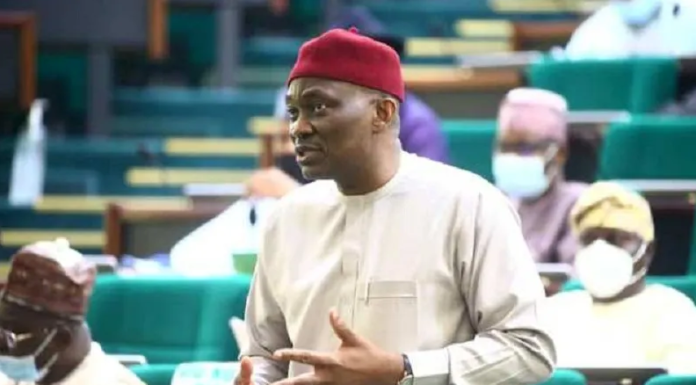