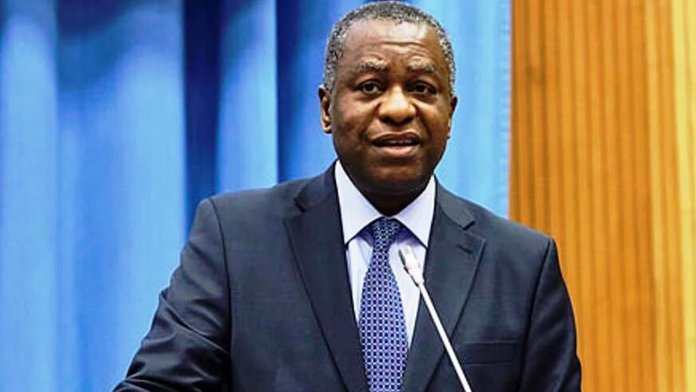 The Minister of Foreign Affairs, Mr. Geoffrey Onyeama, has denied testing positive to the rampaging COVID-19.

The minister in a statement issued yesterday by his Special Adviser on Media, Sarah Sanda, described the media report alleging that he has contracted the virus as fabricated and malicious.

He said, “It has come to the attention of the Minister of Foreign Affairs, Mr. Geoffrey Onyeama, that a fabricated and malicious report is circulating in social and print media alleging that the two claimed cases of COVID-19 recently reported in Enugu were the Minister and his Personal Assistant.”

Onyeama insisted that himself and his aide were in Abuja at all material times, adding that as a member of the Presidential Taskforce on COVID-19, all the members were recently tested and all found to be negative.

According to him, the authors of this act are well known, adding that their motive is to embarrass and spread alarm and panic during a national emergency.

“For that reason as well as to curb this kind of criminal behaviour, the matter has been brought to the attention of the law enforcement agencies for investigation and severe sanctions as a deterrence for the future,” the minister added.