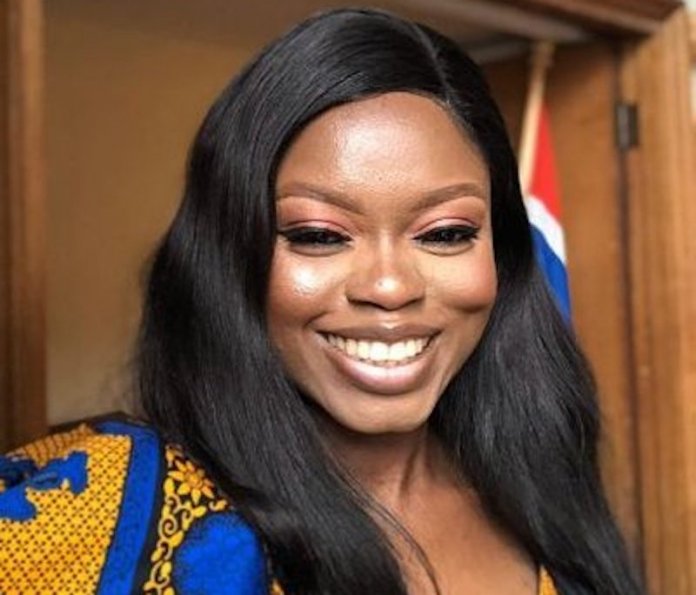 A discharged COVID-19 patient from the Infectious Disease Centre in Yaba, Oluwaseun Ayodeji Osowobi has described herself as ‘survivayo; having successfully beat the disease and declared free from the virus by the Lagos State Government.

Osowobi is among the five persons discharged from the isolation centre Monday, bringing the total number of patients so far discharged from COVID-19 treatment facility to eight. 102 patients are still under management while one has died.

Taking to her twitter page to relay her experience, Osowobi said with her COVID-19 status returning to negative, she was proud to announce she had become a beckon of hope to those who are currently battling the disease.

Narrating how it all started, she said: “Life finds ways of throwing lemon at me. I have struggled with coming forward, but I want to inspire hope.

“I returned to Nigeria from the United Kingdom after attending the Commonwealth event. When I got to Nigeria I fell ill, I however self-isolated myself as a responsible person and then a test was conducted on me by the Nigeria Centre for Disease Control (NCDC). I also informed people I came in close contact with to get tested.

“And then I kept calling NCDC to know the status of my result. All along I didn’t get information on the result. At 12am, an ambulance was at my house. I woke from sleep and was crying. I got to isolation center, but no one was there to receive me. I waited in the ambulance for two hours.”

She said a nurse eventually came out but treated her like a plague, adding that she sat at the ambulance as though rejected.

“There was no question about how I felt, but so many questions about my travel history. Same information I had provided to NCDC and the Lagos State Government during profiling. After two hours, I was taken to my space. I felt lonely, bored & disconnected from the outside world.

“Few days after, another patient came in. We bonded. Days later, patients trooped in.

And then I asked if people were observing self-isolation and social distancing because I was so scared for Nigeria.”

Osowobi said the next few days were tough as she no longer had appetite, adding that she started having the symptoms common with the disease, including nausea, vomit and stooling was unbearable.

She said COVID-19 started dealing with her afterwards, and that she thought she was going to die, and then started contemplating a succession plan for her organisation, Stand To End Rape (STER).

She said: “I was on drugs daily. Sometimes, I would take eight tablets in the morning, 13 tablets in the afternoon, then 10 at night. My system threw everything out. Water, food, soap and every other thing disgusted me. But I would look at the wall and force myself to stay hydrated. I fought to live! I fought it.

“Days after, the doctors shared the good news that I had tested negative to the virus; a news I shared with family and friends. My blood sample was taken and I also tried to donate my plasma-pheresis to help others. I hoped to be discharged. I waited to be discharged, but for two days, nothing happened.

“I was unsure of what was going on. I wondered why I wasn’t discharged and why I was in same ward with other persons who were still negative. I feared I would be re-infected. I however remained calm.”

Osowobi who was already gearing towards being discharged was then told again that the result came out again positive. Few days later, she was declared negative again.

“I however continued the medication and remained in the ward with other patients. For them, I was a beacon of hope. People in my ward who earlier celebrated the news of my result suddenly lost hope. They wondered why I was still at the ward.

“Today, I am proud to inform you all that I murdered COVID-19 and I have tested negative twice. I have been discharged,” she said.

She however thanked the health workers at the IDC, the Lagos State Government and the NCDC.

The five persons discharged Monday by the Lagos State Government bring to eight the number of infected persons that have overcome the virus since the outbreak in the country in February.

Sharing his thoughts, the Lagos State Governor, Babajide Sanwo-Olu, said the discharge of the five formerly positive COVID-19 patients was an exciting news.

He said: “”The preservation of life is very important and this news came ahead of the lockdown. The lockdown will help us trace and stop the spread of COVID-19.

“We have increased capacity at all levels and I want to assure Lagos residents that no matter what happened in the days ahead, we can beat the pandemic,” he added.