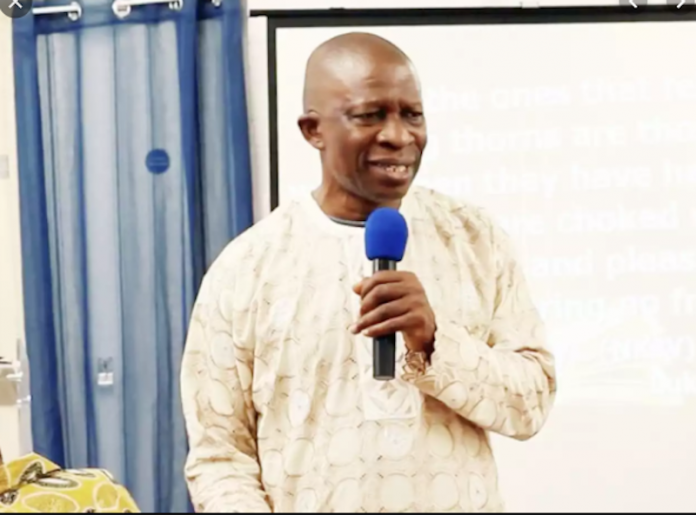 Fiery cleric, Prophet Lai Bamidele, has described last week’s dethronement of former Emir of Kano, Mallam Lamido Sanusi, as politically motivated, even as he warned that nemesis will soon catch up with all those who took part in the sack of the monarch.

Bamidele, who is General Overseer of Christ Glorious End-time Evangelical Ministries, spoke with THISDAY on Monday at his ‘Where is My Glory Mountain’ in Ifo, Ogun State, after a week-long prayer retreat.

He specifically deplored the roles he claimed the Kano State governor, Abdullahi Ganduje, and members of the Kano State House of Assembly played in showing Sanusi the exit door, saying political calculations ahead of 2023 were behind the gang-up against the dethroned Emir.

Bamidele, who had spent 28 years in the North-West as an evangelist, claimed that Sanusi’s closeness to former Kano State Governor Rabiu Kwankwaso and Kaduna State Governor Nasir e-Rufai, was his albatross.

He also described the former Emir as too outspoken for the northern oligarchy to contain, especially with regard to his comment that the quota system which tends to give advantage to persons of northern extraction be abolished.

Besides, he said the former emir annoyed the northern feudal lords, on the concern he raised about the prevalence of Almajiris in the North.

Bamidele said, “It is unfortunate that former Emir Sanusi has fallen into the hands of politicians who are calculating ahead of 2023, and who see him as a threat to the attainment of their goals.

“They are all aware of his closeness to the former Kano State governor, Rabiu Kwankwaso, and Kaduna State Governor Nasir el-Rufai, and they are uncomfortable with it.

“Besides, what moral right has Governor Ganduje who was recently accused of taking bribe has, to probe Sanusi? And the House of Assembly members that are accusing the former Emir of corruption are mere puppets of the governor.

“Mark it; nemesis will catch up with all those who took part in the removal of Sanusi, as a day will come that a king that does not know Ganduje will reign in Nigeria.”

Bamidele also urged the dethroned Emir to take a retrospective look at his life’s trajectory, and be more penitent, stressing that the fact that his grandfather was dethroned as Emir of Kano, has spiritual implications.

“If he does not seek the face of God, when his son or grandson becomes the Emir of Kano in future-at a time many of us may have gone to the beyond, the fate that befell Sanusi may also befall another Emir from his descent,” he foresaw.

Meanwhile, the cleric has berated the policies of President Muhammadu Buhari, saying his administration’s decision to give amnesty to repented Boko Haram members was highly misplaced, in view of the mass poverty in the land.

“When our soldiers are dying and many of the armed forces members are complaining of poor welfare, you now decide to train and pamper people who are killers; and this is apart from the fact that there is mass poverty in the land,” he condemned.

Bamidele also criticised the government for the frequency of its foreign loan-taking, saying the loans could mortgage the future of Nigeria.
Received, thank you.Well received, thanks.Seen.