The Chief of Army Staff, Lt. General Tukur Buratai, at the weekend reaffirmed the commitment and determination of the military to rout insurgents in the North-east and ensure the safety and security of the country.

Buratai spoke as combined air strikes and artillery bombardments of the Nigerian Air Force and troops of the Nigerian Army killed scores of fighters of the Islamic State for West African Province (ISWAP) and Boko Haram in Borno State.

Buratai, while commending troops over the elimination of terrorists in fierce encounters in the North-east, assured the nation of the commitment of the military to sustain the onslaught against the insurgents and ensure the safety and security of the country.

“The Chief of Army Staff, Lieutenant General Tukur Yusufu Buratai, wishes to reassure the general public of the resolve of the Nigerian Army to continue to execute our constitutional mandate professionally and responsively for a better, safe and secure Nigeria.

“He also thanks all well-meaning Nigerians for their continued support, goodwill and understanding towards officers and men of the Nigerian Army,” a military update on the ongoing war against insurgency, said.

The statement said troops of Strong Response Area Gubio repelled a Boko Haram attack, killed many insurgents and captured a cache of arms.

“During the encounter, troops dealt a decisive blow on the marauding criminals, neutralised two of them and captured one AK 47 rifle.

“Subsequent exploitation by the troops along the withdrawal route of the insurgents in the early hours of March 12, 2020 led to the discovery of additional five Boko Haram criminals’ shattered bodies resulting from the encounter and one burnt Boko Haram terrorists gun truck, one PKT machine gun, two AK 47 rifles, three AK 47 rifle magazines and 67 rounds of 7.62mm special ammunition,” it added.

“The attack at Bukar Meram was executed on the heels of intelligence reports indicating that the terrorists had resumed using the settlement to store their logistics supplies.

“Accordingly, the ATF dispatched its fighter jets to attack the location, with their munitions hitting and destroying the identified structures,” a NAF statement said.

It said fighter jets and a helicopter gunship scrambled by the ATF to provide close air support to ground troops at Gubio neutralised an ISWAP gun truck and some of their fighters as they attempted to beat a retreat after they were roundly defeated by a combination of air and ground fire.

“The Nigerian Air Force, in furtherance of the objective of restoring peace and security in the North-east and operating in concert with surface forces, will continue to carry out air interdiction missions against the enemies of our nation,” it added. 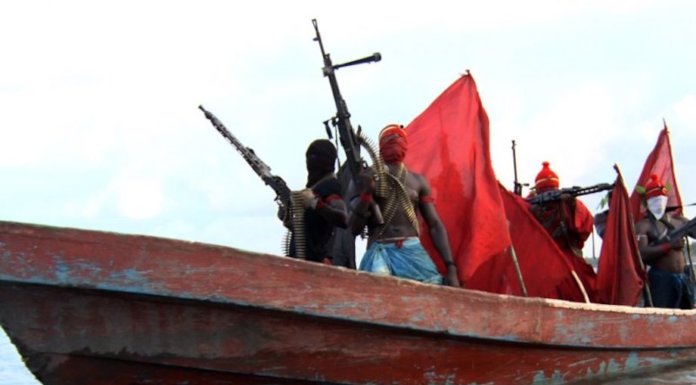