The Central Bank of Nigeria (CBN) is coordinating commercial banks, pension funds and other financial institutions to raise N1.5trillion to fund road, power and port facilities through a special purpose vehicle in collaboration with the federal government and key development finance agencies.
The Governor of Central Bank of Nigeria, Mr. Godwin Emefiele, said this on Wednesday night at a presidential dinner to round off the Going for Growth 2.0 Roundtable organised by the bank in Abuja.

His soothing news came just as the apex bank said yesterday that the Naira was not in danger of devaluation, explaining that the nation’s microeconomic fundamentals remain very strong.

Emefiele had told his host, President Muhammadu Buhari, that the private sector had made commitments to ensure the implementation of resolutions at the round table session, if the government provides a conducive environment.

According to him, participants at the event have canvassed for the necessity for greater synergy between the private and public sectors as a veritable platform to address the challenges militating against growth.

The CBN governor said participants had promised to raise the N1.5 trillion to fund critical infrastructure in the country, adding that six key roads and seaport projects would later be identified for funding.
According to him, the special purpose vehicle (SPV) conceived by the participants to fund the projects is currently being designed and would be presented for implementation in October.

He listed the benefits of the SPV to include the reduction in the cost of transporting goods and improvement in the efforts to attain a double-digit growth rate.
The CBN boss also highlighted suggestions made by the session to improve broadband penetration, agricultural production and manufacturing.
He said: “Participants stressed the need for greater collaboration between the public and private sector in addressing some of the emerging challenges to growth. “One key highlight was the need to ensure that the Nigerian economy is self-sufficient in the production of key goods and services, as this would strengthen our buffers and insulate our economy from external headwinds.

“Participants from the financial sector agreed to create a special purpose vehicle working with the federal government, and key development finance agencies. The well-structured SPV, will be used to mobilise close to N1.2 trillion in funds from banks, pension funds and other financial institutions, to fund road, power, and port infrastructure. Six key road projects and the seaport projects would be identified for funding.

“The framework for this SPV is currently being worked on and will be ready for implementation by October 2020. When implemented the SPV will help to reduce the burden of government financing of infrastructure projects and enable the government to focus on funding other priority areas. It will also reduce the cost of transporting goods across the country for farmers, SMES and manufacturers. More importantly, it will help improve our ability to attain double-digit growth rates.”

Participants at the event included the President of Dangote Group, Alhaji Aliko Dangote; Chairman of Zenith Bank, Mr. Jim Ovia, and notable captains of industry.
The event was also graced by top government functionaries such as the Vice President, Professor Yemi Osinbajo (SAN); Secretary to the Government of the Federation, Mr. Boss Mustapha, and the Minister of Trade and Investment, Chief Adeniyi Adebayo.

Meanwhile, the CBN last night insisted that news making the rounds that it was about to devalue the naira was untrue.

The central bank, which disclosed this in a statement, also stated that Nigeria’s macroeconomic fundamentals were strong.
It disclosed that a robust and coordinated investigation in collaboration with the Nigerian Financial Intelligence Unit (NFIU) and related agencies to uncover unscrupulous persons and foreign exchange (FX) dealers, who were creating panic in the country, saying the full weight of its rules and regulations would be meted out to them, including, but not limited to, being charged for economic sabotage.

The CBN disclosed this just as it emerged that the naira depreciated to N370 to a dollar yesterday on the parallel market, lower than the N367 to a dollar it closed the previous day. Also, on the Investors’ and Exporters’ Window, the naira closed at N374 to a dollar, lower than the N368.63 it opened yesterday.
Since the crash in the price of crude oil on Monday, there have been speculations of a possible naira devaluation.

But, the central bank, in the statement explained that it had noted with displeasure, the rumours and speculative activities of unscrupulous players in the FX market, borne out of the impression that it was on the verge of devaluing the naira, thereby triggering panic in the market.

“These rumours are false, unwarranted and calculated to serve their dubious and selfish ends. We have begun a robust and coordinated investigation in collaboration with the NFIU and related agencies to uncover the unscrupulous persons and FX dealers who are creating this panic, and the full weight of our rules and regulations will be meted out to them, including, but not limited to, being charged for economic sabotage,” it said.

According to the banking sector regulator, for nearly four years, the CBN successfully maintained relative stability in all segments of the FX market, which enabled investors, households and other economic agents to plan and to conduct their genuine foreign exchange transactions with relative ease.
Furthermore, it pointed out that the introduction of several FX management measures side-by-side with complementary interventions in food production and manufacturing drastically reduced food importation, which hitherto constituted a large chunk of the pressure on the FX market.

“Although the outbreak of the Coronavirus led to a global economic slowdown, fall in the price of crude oil, and less inflow of dollars into Nigeria, the associated public health concerns have also led to factory closures in China, a substantial drop in imports, widespread travel restrictions around the world, and cancellation of many conferences, sporting events, business travels, and FX orders,” it added.

It maintained that the size of Nigeria’s FX reserves remains robust and comfortable, given the current realities of Nigeria’s genuine and legitimate FX demand.

“As such, the CBN remains able and willing to meet all genuine demand for foreign exchange for legitimate transactions; and for the avoidance of doubt, the CBN is also working with the fiscal authorities to properly and accurately dimension the immediate and expected impacts of the Coronavirus in order to respond comprehensively and at the same time, ensure a sound and stable financial system conducive for job creation and inclusive growth.

“In light of current circumstances and macroeconomic fundamentals, the CBN has not devalued the naira. Consequently, the CBN will invoke the full weight of applicable sanctions on any persons and authorised dealers found to be involved in such disruptive and speculative market behaviour,” it warned. 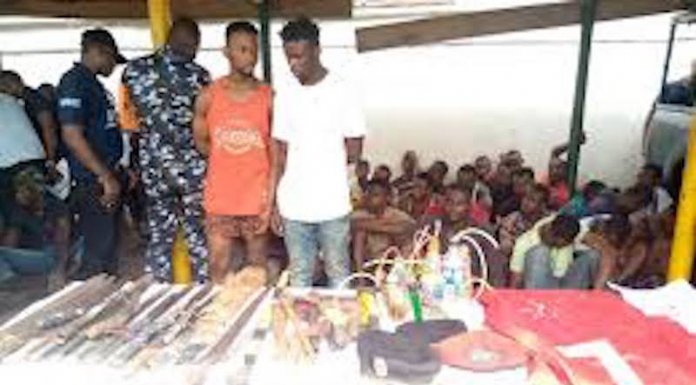