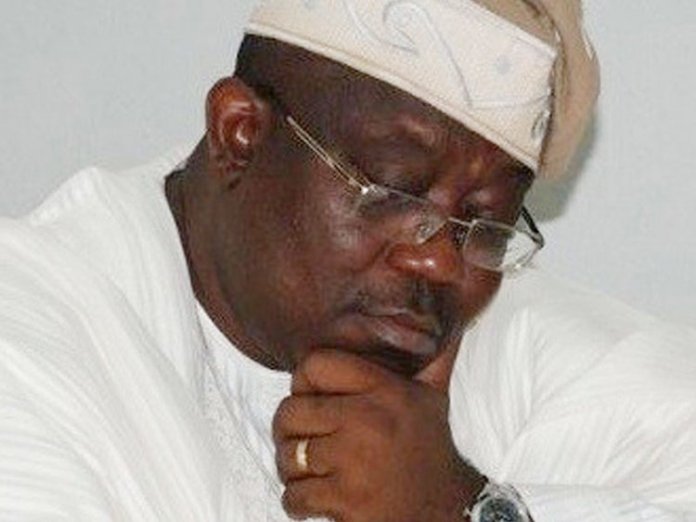 Two issues inspired this essay. The first is the upcoming 2020 African Conference of the University of Texas at Austin which Prof. Toyin Falola convenes annually, and that will address the theme ‘Nationalism’ on the one hand. The other issue is the election of Rwandan president by the African Union (AU), to drive Africa 2063 Agenda which, to me, presents a veritable, albeit arguable opportunity, for African scholars to set in motion a thinking process to arm this star African leader to fully take the advantage presented to at least do the best he can in the midst of the known and complex dynamics. One interesting thing about our world today therefore, is the most interesting rate at which significant events and incidences affect the shape of our lives. With the capabilities made possible by the telecommunication revolution, and its different technologies, the burdens and the benefits of global relationships are shared at the speed of light. One of the global events that shaped the perception of politics, especially in 2019, was the growing resurgence of populist-nationalist sentiments and actions all across the globe. From the United States to Brazil, and from India to South Africa, governments across the world are strenuously rethinking their border policies and relations to those they regard as “strangers” within the complex dynamics of nationalism.

The watershed in the populist-nationalist resurgence was the emergence of Donald Trump as the 45th president of the United State. However, before he became president, North America and especially Europe have been groaning under the moral and political weight of the global refugee crisis. From Greece to Germany, and from the United Kingdom to Belgium, governments are confronted with waves and waves of humanity fleeing all manner of political, religious and humanitarian oppressions and deprivation, especially from Asia, the Middle East and Africa. And the crux of the discourse is to what extent a state has the moral and legal right to take in thousands of immigrants and refugees in ways that increase the infrastructural burdens on their own citizens. In other words: how do we juxtapose between the moral responsibility to outsiders in trouble, and their civic responsibilities to their own citizens? And all this in the face of scarce resources. Even though global outcries greeted every state’s attempt at turning back the refugees that appear at the borders, the governments of such states must always consider their own citizens and their welfare and well-being.

Donald Trump’s electoral victory was carried on the global news wave as a “whitelash” against the American popular opinion that seemed to prefer Hilary Clinton. Yet, Trump rode on a popular civic resentment of the immigrants and the outsiders. And this nationalist sentiment has been replicated from Bolsonaro’s Brazil to the tragic xenophobic attacks in South Africa. The Brexit saga in the UK has become a part of our global political consciousness of what it means to politically realign the borders in ways that foregrounds the interest of the citizens over those who have genuine reason to come in from the cold.

The fundamental effect of the populist remodeling of nationalism across the globe is the terrible rethinking of the multilateral logic that binds states together in cordial relationships. Multilateralism in international relations is founded on the equality of all sovereign states around the world to relate with one another on the basis of their sovereignty. More than this, however, multilateralism is grounded on the principles of collective security on the one hand and reciprocity on the other. In a world where criminality, terrorism. diseases and climate change have become critical phenomena that affect all states equally, the significance of multilateralism becomes all the more accentuated. Unfortunately, populist nationalism of the Trumpian and Brexit kind undermines the fundamental significance of multilateral relations and agreement. One of the first rhetoric of Trump after his assumption of office was against the North Atlantic Treaty Organization. And Brexit has finally taken the United Kingdom away from the European Union and its regional and multilateral dynamics.

The worst effects of populism and nationalism affect Africa. Since Trump became president, not only has the visa regime of the United States embassy in Nigeria changed, Nigeria has entered US travel ban list. Nationalism is conditioned by a state’s perception of her benefits and burdens in her relationship with other states. Let us concede: nationalism is founded on a binary logic that separate the citizens from the non-citizens, and seeks to better the lots of the citizens through a governance framework that attends to them alone. The best of this ideological orientation embedded in populism is found in Singapore where Lee Kwan Yew mobilized the citizens around a development paradigm that single-handedly transformed the status of Singapore in the comity of states. Even the worst type of populism that led to fascism is ideologically grounded, however false such an ideology may be. The ideological finesse that gives birth to populism and nationalism has fizzled out since the end of the anticolonial struggles. Since political independence in the 1960s, African states have been held suspended within the global developmental framework fashioned by Western ideologies. The Washington Consensus has reigned supreme in the governance and development “reflections” of most African states. When the Bretton Woods institutions scream “liberalize and privatize!” African states jump and comply.

The paradox of the development impasse is that the development pills prescribed by the World Bank and the IMF have only aggravated the infrastructural and institutional decay, and the immense suffering that the African citizens have had to go through, even if their barometer as measure of national economic health cannot be disregarded. The terrible combination of wrong development prescription and large-scale governmental corruption complicate the development equation in ways that pauperize Africans. And this is the singular explanation for the tragic migration of mostly Africans across the horrible rage of the Mediterranean Sea and the sizzling Sahara Desert. Africa has become a continent that development happens to – an arid place where governance ideas die within the acidity of bad government. Globalization has compounded Africa’s unwilling insertion into the global capitalist economy that began with colonialism. Since independence, many African states have had to struggle with bad leadership and lack of an ideological orientation around which the reformation of the postcolonies could be organized.

Ideology, says Louis Althusser, “is indispensable in any society if men are to be formed, transformed and equipped to respond to the demands of their conditions of existence.” In this sense, ideology constitutes a framework for leadership awareness and strategy that are directed at unraveling governance failure and foisting well-being. A nationalist is not significant because s/he operates an exclusionary logic that separates between citizens and non-citizens. On the contrary, nationalism is founded on a state’s socioeconomic capacity to transform the well-being of the citizens, while also becoming a beacon of hope for non-citizens. The United States, the United Kingdom, Germany, Belgium, Switzerland, Canada, and many of these Western states have become the destination for those fleeing persecution because their leaders were ideologically determined to make life meaningful for their citizens. And whether we like it or not, any good governance policy architecture already implicates the state’s foreign policy; a state’s relationship with other states and the calculus of trade and investments involved in such relations. In other words, every state is looking out for the interests of her citizens, and this conditions what is bought or sold, and at what rates.

Most African countries are still beholden to the West for essential commodities. Export promotion seems to be the economic strategy which African countries favor. Nigeria, for instance, has maintained a monocultural economy that focuses largely on exporting crude oil and other primary commodities to other countries. It does not require significant reflection to see how this strategy undermines the capacity to local industries to serve as the mainstay of economic growth. Unfortunately, most economically aware states of the world are conscientiously foregoing their dependence on critical foreign goods in search for self-sustenance. In 2014, the United States ceased being Nigeria’s number one importer of crude oil because of her discovery of shale oil in large quantity. Since 2015, India has taken over from the US as the number one importer of oil. The critical question is how long will this last. This extraverted logic of the African economic dynamics simply implies that such economies are left at the mercies of populist-nationalist ideologies that fluctuate according to the imperatives of the state and their economic logic.

African states need a nationalist ideology that will have the citizens as the focus of development effort. A good starting point is a continental reflection on the development dynamics of Africa vis-à-vis the dominance of the Washington Consensus in the economic and developmental calculations of African states. This is where the African Union becomes a significant element in jumpstarting the discourse on the economic future of the continent. Is it impossible to commence the crafting of an ideologically grounded “African Consensus” which should serve as the basis for the regeneration of the development of Africa? The African Consensus can become an ideological framework around which the development future of the African continent can revolve. There can, for instance, be a renewed interest in import substitution strategy that will undermine the extraverted economic logic that make Africa subservient to the West. With the emergence of the African Consensus, African states can start being assertive about their economic dignity and self-esteem, rather than running helter-skelter whenever Europe or North America calls for an economic summit.