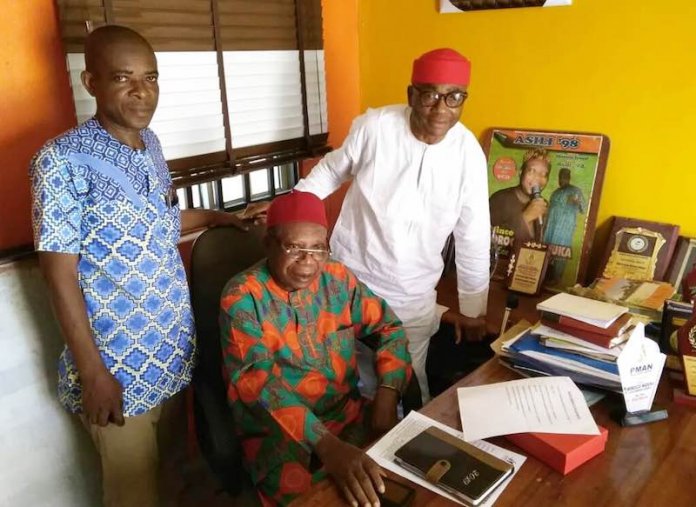 The oldest Igbo performing musician alive and Ekpili music crooner, Chief Emeka Morocco Maduka will be celebrating his 60 years anniversary on stage come 23rd and 24th October 2020 in Awka and Onitsha both cities in Anambra State of Nigeria.

A statement signed by the publisher of Anioma Trust magazine, Patrick Ochei, said there would be a public lecture in Awka on the first day and on the second day, all roads will lead to Onitsha for the musical fiesta. The two-day event will also feature the participation of other well- known musicians.

The music festival which was earlier slated for the 6th and 7th of March 2020, was shifted to October due to what the promoters termed “the unfortunate era of Corona Virus that is creating health fears around the world.”

Speaking from London, London-based music promoter and President of Morocco Maduka’s Global Fans Club, Mr. Eddie Isebor, in conjunction with his other friends and coordinators all over the world, regretted the shift in date. They however, believed that it was better to postpone the event than stage an event of this magnitude and fans and supporters would refuse to show up due to palpable fears of the epidemic breaking presently in China and already spreading in other parts of the world.

Isebor affirmed that sponsors and partners were already signing up in what would be the biggest music festival in Nigeria, stating that the shift is also an opportunity for more partners and sponsors to show interest and properly key into the programme.

Chief Dr Emeka Morocco Maduka, the Ukwulu, Anambra born music maestro, started his music career at the age of 14 and is today the oldest performing musician in the East of Nigeria.

He is famous with the Ekpili music genre, and has followers all over the world, including United States of America, Europe, Asia etc.

In a special message to his fans all over the world, he said that he was always thankful to God for giving him the grace to overcome the many challenges he encountered during the early days of his musical career.

The forthcoming stage anniversary will among other things, feature Arts and works exhibition as part of the festival colloquium.