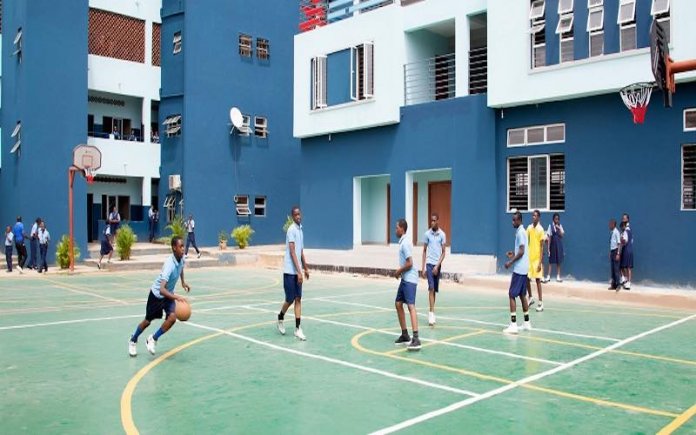 Government and parents have been advised to invest substantially in talent discovery at the grassroots level along children’s educational development.
This became imperative as sports is used to focus the minds of children to pursue profitable careers in life.

The founder, Wellspring College, Omole, Lagos, Mr. Daniel Isimoya said this at the closing ceremony of the fourth founder’s football competition
He said sports generally has evolved to a global business enterprise that yields returns on investment through endorsement, branding and merchandise in whatever branch of sporting activities.

Isimoya stressed that education goes beyond learning in the classrooms, just as sports has progressed above physical exercise to a money making profession.

He noted that investing in sports is a worthwhile one for every government and parents, adding that unfortunately, the country does not have managers of the economy taking serious consideration of this sector.

According to him, the competition is to create an enabling environment that accommodates talent discovery within the nation’s basic education system.
“We will take this competion to another level so that more schools will participate and the quality of the competition also increase; those who are officiating become more competent with highly skilled people coming to take us through the programme.

On her part, the Principal of the school, Mrs. Oluwayemisi Oloriade said with the level of competiveness seen one can only be confident in the skills displayed by the players.

“The school believes every child is unique and has talents that if discovered would be developed properly; as is not only about academics a child can be good in sporting activities.

“As a school we believe we should contribute that to the society by bringing pupils from primary schools to come and be part of this competition to produce the best out of them. That is why we gave winning schools gift to encourage the players to make them happy as they go back to their schools in anticipation of the 5th edition.”

Highlight of the competition was when the most valuable player, Atitola Mubarak with 12 goals acknowledged his parents’ contribution by always supporting him whenever he is on the pitch playing.
“I want to thank my parents and my team mates in what we have achieved today, I will develop my skills alongside my studies,” he said.