The National Economic Council (NEC) rose from its monthly meeting yesterday with a resolution ordering a forensic audit of electricity distribution companies (Discos) since the privatisation of the power sector in 2013.

The move is coming barely a week after the federal government had threatened the Discos to improve on their performance or lose their licences.

Briefing State House reporters in Abuja after the NEC meeting, presided over by Vice President Yemi Osinbajo, the Deputy Governor of Edo State, Mr. Philip Shaibu, said the resolution followed the submission of a report by the NEC Committee on Power, chaired by the Governor of Kaduna State, Malam Nasir el-Rufai.

According to him, the committee, saddled with the responsibility of ascertaining the status of the ownership structure of the Discos, came up with idea of forensic audit of their accounts, which was approved by the council.

He said the idea behind the audit was to ascertain the level of investments made into the business of power generation and distribution since 2013 following suspicion that the Discos had been holding on to their own monies, leaving the government with the sole responsibilities of funding their operations.

Shaibu said the committee requested for additional two months for the completion of its assignment after which it will formally report its findings, including the result of the forensic audit to the council.

He added that state governments, who are also shareholders in the Discos, have been told to provide details of their investments so far.
“NEC also received an update on the review of the status of ownership structure of Discos. The Kaduna State governor briefed NEC on the progress so far made and responses so far received from the general public.

“He also told NEC that they have been carrying out forensic audit of all bank accounts of Discos and also that the state governments should provide details of their investment in Discos. “The committee also sought the approval of NEC for additional time to complete the report in two months and also the statement to file report of investments in Discos,” he said.

Shaibu explained that the additional two months requested by the committee was to enable it to unravel the mystique behind the entire privatisation process, including gathering knowledge on the level of investments made by the Discos so far.

He said the forensic audit would help the committee to know the degree of investments the Discos had made.

“The idea of the audit emanated from suspicion that the Discos have failed to invest their own monies into the power sector but only rely on getting money from the federal and state governments in violation of the spirit and letters of privatization,” he stated.

According to him, even though the entire privatisation process is still questionable, it is not time to lament but rather for the committee to carry out a holistic investigation of the operations of the Discos and come up with its findings.

“One of the reasons why the committee asked for additional two months was to deal with two other issues that arose during NEC; and one of those issues was the issue of forensic and to ascertain the level of investments by Discos.

“You all know that the issue of privatisation is still questionable but nonetheless, the federal government and governors feel we should not lament. What we should do is look for solution because if government laments, the populace will definitely lose hope. So, they need the additional two months so that when they are reporting to council, it will be holistic so that one council decision will deal with the issue of the Discos,” he added.

Also speaking on the matter, Ebonyi State Governor, Chief David Umahi, said the government was not happy with the performance of the Discos and had opted to undertake the forensic audit of their accounts to truly ascertain the volume of investments they have made.

He said the federal government suspected that the Discos had made no reasonable investments in the power sector, adding that when the mysteries are eventually unravelled, the Discos would be taken up from there.

“Of course, nobody is happy with the Discos’ performance…I think the federal government is trying to take the bull by the horn by trying to find out what investments these Discos made towards this privatisation. The first suspicion is that they have made no substantial investment and we will take it when we get all the solutions,” he said.

Umahi also spoke on the perceived depletion of the Excess Crude Account (ECA), dismissing reports that governors had been unhappy with the federal government for allegedly depleting the account from $32.5 billion to $71 million.

He said no money was missing from the account and governors were aware of the movement of some money from ECA to the National Sovereign Investment Authority for reinvestment.
Umahi while responding to questions on the whereabouts of $325 million from the ECA, said $250 million was moved to NSIA while the balance of $4 million was used to pay for consultancy services.

He said: “On the question of ECA $325 million depleted to $71 million and what happens to the $254 million, I will combine with the question with the one that governors were protesting the depletion and that they were not consulted.

“First, it is not true. $250 million was an agreed investment by governors and federal government in National Sovereign Investment Authority and they are doing very well. They are handling our infrastructure so nicely that it was further agreed that we should reinvest into it. When these investments are made, the federal, state and local governments all get their investment certificates. So, we are together in this.

“You also asked where is the other $4 million? It was used in paying for consultancy services that would have caused the fund about $500 million. It was renegotiated to $4 million because some people went to court over certain transactions in NNPC and so, the federal government had to engage consultants to handle that.

“We would have paid the consultant five per cent of the cost that they were seeking and it would have translated into $500 million. So, if you add $250 million plus $4 million, you will get $254 million and if you add $71 million, you get $325 million. We are back to where we were. So, no money is missing.”
Umahi also rejected the idea of regional security, saying as the Chairman of South-east Governors’ Forum, he had told his colleagues that the idea of regional security was unacceptable because it is unconstitutional.

“I watched the Lagos State governor say Amotekun law is state-based because when you talk of regional security, you are talking of something higher than state police. You are looking at one central command, one law, one office and one command and there can’t be anything like that with the present constitution and every governor swore to uphold the tenets of the constitution,” he said.

Umahi also said the Minister of Finance, Budget and National Planning, Mrs. Zainab Ahmed, reported to the council the balances in the special accounts maintained by the federation.
“On Excess Crude Account, as at February 24, 2020, the balance is $71, 813941.84.

He also said the minister gave an update on the refund of budget loan facility, adding that N152 million is being deducted every month from the account of each state that took the loan and deductions from January and February had been made from statutory allocations to the states.

The governor said the council also deliberated on the National Livestock Transformation Plan (NLTP), reviewing the preliminary analysis of survey results, which he said included data capturing analysis, such as the analysis of enumerated data of five gazetted grazing reserves in Adamawa State.

According to him, two gazetted reserves’ data were obtained in Plateau and Nasarawa States, adding that data is currently being collected and analysed. 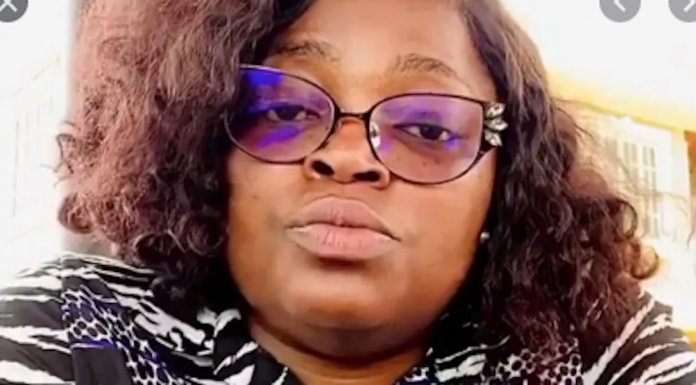 Time to Rethink and Reset