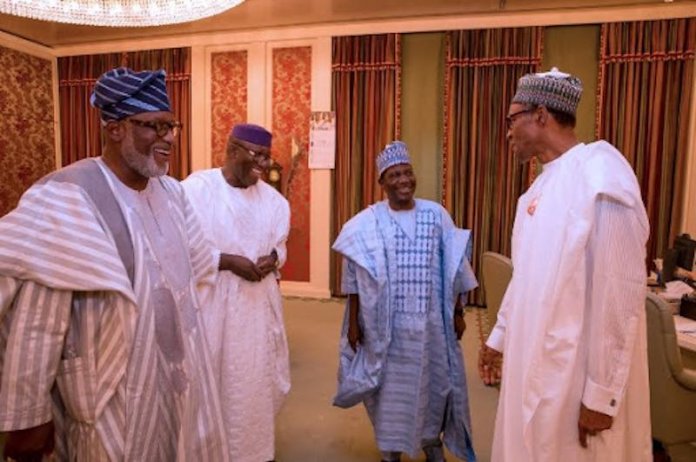 President Muhammadu Buhari yesterday allayed fears of foreign investors in Nigeria over the safety of their venture capital.

The president, at the inauguration of Ondo Linyl Industrial Hub at Ore in Odigbo Local Government Area of the state, said his administration would strive to guarantee the safety of foreign investments.

The president, who was on a state visit to Ondo State, also inaugurated the Ore Interchange Flyover built on the Benin-Sagamu-Lagos Expressway, which was christened ‘Redemption Bridge’.

The Ondo Linyl Industrial Hub, which already has four manufacturing companies producing different types of products, is the result of the Memorandum of Understanding (MoU) signed between the Ondo State Government and Mayor of Linyl Province, China during the state government’s investment tour of China.

The president, who congratulated Ondo State Governor, Mr. Rotimi Akeredolu and the people of the state for the industrial project, said: “I am impressed with what is on the ground here and I anticipate the positive impact it will have on people of this state.

“I still recalled the initial brief from Governor Rotimi Akeredolu on this project at its conception. Back then, it was an idea. Today, due to hard work, dedication and commitment to delivering inclusive growth, that idea has now become a reality.

“I take this opportunity to commend investors who saw Nigeria and Ondo State in particular as a viable investment destination.
“I want to assure you of our continued support both at federal and state level as we move forward to the next phase of this project’s lifecycle.”

While thanking traditional rulers and the host community for their tolerance, understanding and support, Buhari urged them to sustain the collaborative effort to ensure the success of the investment.

“I am confident that this project based here will utilise locally available raw materials to create jobs for young men and women in this locality, increase knowledge and capacity, and support our import substitution policy,” he said.

While inaugurating the flyover, Buhari said the federal government would sustain massive investment in the provision of infrastructure across the country.
According to him, the flyover will boost economic activities in the state, ease traffic congestion as well as reduce accidents often experienced on the major road.

Buhari said the federal government would meet its obligations to the state on the construction of the interchange flyover in due course.

He explained that the re-designing and construction of the road to accommodate the interchange flyover was overdue as a result of the growing population in Ore.
”During the civil war and during my campaigns since 2002, I have become familiar with the terrain of Ore, which is a connecting city between the South-west and the eastern parts of our country.

”As a result of this, the city has a cosmopolitan population that is in the neighbourhood of 300,000.
”This is a city that can be described as a mini-Nigeria as almost all ethnic groups of our country are happily represented here.
”Let me commend Governor Akeredolu and his team for their great efforts and professionalism in putting this project in place.
”This project is executed in line with the spirit and drive of the federal government, which puts great emphasis on infrastructural development across our country, especially in the area of transportation, ” he said.
Buhari praised a consortium of Nigerian engineers for the design and supervision of the flyover.
”We are proud of you and we want to assure our people that we would continue to utilise the expertise and experience of local consultants who are competing favourably with their counterparts globally.

”Let me also advise that a maintenance system should be in place to safeguard road users throughout the lifetime of this very impressive flyover, ” he said.
The president added that his administration has expended more on the provision of railway services, rehabilitation and construction of roads and bridges.
”We are confronting the infrastructure deficit head on.

”At the inception of our administration, we were faced with decayed infrastructure on our road network and railways, because of long years of neglect and lack of investment.
”However, our administration, as a result of our commitment to bridge this deficit, decided to source for funds and address the issue.

”No one tier of government can on its own achieve the overall development of our dear country, ” he said.
Earlier, Akeredolu had told the president that the inauguration of the projects were part of activities to commemorate the third year anniversary of the All Progressives Congress (APC)-led administration in the state.

While thanking the president for honouring the state with his presence, the governor requested reimbursement of funds spent on federal roads in the state.

He appealed to the Minister of Works and Housing, Mr. Babatunde Fashola, to facilitate the approval of the president for the funds expended on all federal government projects in Ondo State, including the interchange, totalling about N10.89 billion.

The projects include Aboto-Olokola Road Project, Ore-Okitipupa Road Project and construction of the Interchange Flyover across the Lagos-Benin Expressway at Ore.