THE ENGAGEMENTS: With Chidi Amuta

Denise Uwimana may not be a very familiar name in these parts. She is a Rwandan woman who experienced the genocide in her country first hand and survived to tell the sordid tale. Her recent book, ‘From Red Earth’, is a gripping unforgettable tale of that most bloody episode in recent African history. It is a graphic searing personal experience that drips with blood, death and bestiality.

The book is important not just as a well-written personal experience of an individual. It captures the damning role of divisive clannish leadership in destroying a nation. It is also a testimony to the redeeming quality of honest nationalistic leadership in rescuing and reuniting a nation so afflicted from the abyss of tragic self-destruction. Its ultimate message and indeed that of present day Rwanda is that national healing, reconciliation and progress are possible after a descent into the cauldron of self inflicted tragedy.

The story of Rwanda is now a household tale in the world. Deeply entrenched divisive ethnocentric leadership had split a nation down the line. In pre-Kagame Rwanda, you were either Hutu or Tutsi. The tragic assassination of the Hutu president immediately sparked off a gale of mayhem and reprisal killings of the Tutsi minority in a genocidal orgy that consumed an entire nation. Government media, the army and all key institutions of state, being de facto Hutu dominated, became shameless promoters of hate and genocide. The international community was overwhelmed. Death and destruction swept through the entire country in dizzying rapidity, leaving over 800,000 dead. This is the effective backdrop to the emergence of Paul Kagame, a soldier for good, an exemplary statesman and nation builder of historic proportions.

I have entered this preface in the face of the present frightening gale of insecurity and virtual meltdown of the Nigerian state. The most elementary guarantee of the security of life and limbs is drifting away in most parts. An array of casual criminal gangs have virtually overrun the entire country thereby abridging the freedom of citizens to move freely in a nation they call home. All over the country, it is an unbroken tale of kidnappings, assassinations, senseless killings, armed robbery and rape. On nearly every lip, insecurity has become a unifying idiom that cuts across our multiple divides, afflicting the lowly and the mighty.

As citizens scamper for whatever protection they can find, regional security formations have sprouted in rapid succession. From the primordial dark forests of ancestry, politicians are invoking mostly animals of prey for names of their regional security outfits. The choice of predators to convey the hunger to protect one’s region is also a metaphor of what Nigeria under Major General Buhari has become. This place is degenerating into a Hobbesian jungle in which life is short and brutish while clashing factions prime to consume each other in a frenzy of rapacious hate. The current national landscape is hardly recognizable as Nigeria.

What is amazing is the cynical groping for why and how we got to this sorry pass. In spite of the protestations of regime megaphones, responsibility for the current situation lies squarely at the doorstep of president Muhammadu Buhari. His leadership has carved up the nation into factions along religious, ethnic and geo political lines. His medieval economic perspective and sheer incompetence has deepened the economic desperation which breeds violence and desperate criminality.

At no other time in our history has the mainstream of national power been so totally commandeered by a geo political hegemony as under Buhari. The undisguised clannish and nepotic usurpation of the strategic heights of national power by a select sectional elite has alienated the rest of the country and increased divisive pressures. Simply put, other Nigerian groups are afraid and suspicious of Mr. Buhari and his sectional warlords.

Worse still, in body language and direct utterances, the president seems to have sealed a legacy of divisions, factions and mutual suspicion. Nigerians are now either Christians or Muslims, Northerners or Southerners. Others choose simply to be Yorubas, Igbos, Niger Deltans or Middle Beltans or whatever umbrella best reassures gives them.
A tacit state licensing of killer herdsmen and their authorized unionization as Miyetti Allah with hardly disguised federal government protection has inspired a sense of siege among the rest of the populace. Suddenly, banditry and hooliganism have emerged as sub sectors of an unacknowledged guerilla economy. Helpless state governors are patronizing the chieftains of banditry to buy respite for their people thereby funding the forces of insecurity from official sources.

Add to this the open acrimony and lack of symmetry among the leaders of the security forces. Nasty exchanges between the National Security Adviser and the President’s all powerful Chief of Staff have in recent days showcased a series of ugly palace rivalries that have raged uncontrolled for most of Mr. Buhari’s tenure.

While the embarrassing power squabbles have literally taken the president and his administration hostage, the Boko Haram insurgency has graduated from a sectarian uprising to a full-scale insurgency war that has lasted a whole decade. As it drags on and gets nastier, Boko Haram has aggravated the religious divide in the country. Its message of terror is clearly sectarian and anti-Nigerian.

The nationwide outrage at the spate of insecurity has yielded some positives. The National Assembly struck a much-desired bipartisan accord when it recently rose in unison to condemn the executive’s sloppy handling of national security. Even the northern political elite on whose behalf Mr. Buhari has been grandstanding has come out to thrash the president. The traditional separation of church and state has flowed into open citizen protest against insecurity. Reverend

Adeboye has led an open street protest march. Bishop Kukah has upbraided the president for his epic misrule. Influential traditional rulers, among them the Sultan of Sokoto and Emir of Kano have added their voice to the national outrage.

The threat of total anarchy has thrown into question the very survival of the nation. In a bid to justify the right of individuals and groups to secure themselves in the absence of credible guarantees by the federal sovereign, our federal constitution is under immense confederal pressure. The states of the South West have tacitly secured a right to set up a regional security outfit, Amotekun. Other regions are following suit.

Consequently, the national political order instituted after the civil war is being dismantled. For 50 years and more, Nigeria has survived on the basis of a unified military and police command structure with national unity as its overriding priority. That structure is about to be bludgeoned out of existence with nothing in sight to replace it.

We are in a desperate national emergency which no one has had the courage to declare openly. An urgent task of existential proportions is facing president Buhari. He has to act right away in quick staccato fashion. It is time to thank everyone and rejig his administration. First, he has to free the strategic heights of national power from his clansmen and cohorts most of whose greed and incompetence has brought us to this sorry pass.

Thereafter, the president must seek the views of the widest spectrum of patriotic knowledgeable Nigerians to understand the roots of the present threats to national survival. In tandem, the National Assembly should embark on a serious review of the 1999 constitution to take into account the current realities of an unsettled nation.

The current situation can still be remedied. The first condition is that the Buhari presidency must course correct quickly. Incidentally, this requires a change of attitude and strategy. This is not the time for arrogant posturing by regime megaphones. The president was elected to lead a nation, not to follow his glorified lieutenants. He needs to urgently send out a new message of national healing and reunification. AS I re-read Denise Uwimana’s From Red Earth, I am frightening at how quickly a nation riven by divisive tendencies from the top can unravel.

––Dr. Chidi Amuta, a member of the THISDAY Editorial Board writes from Lagos. 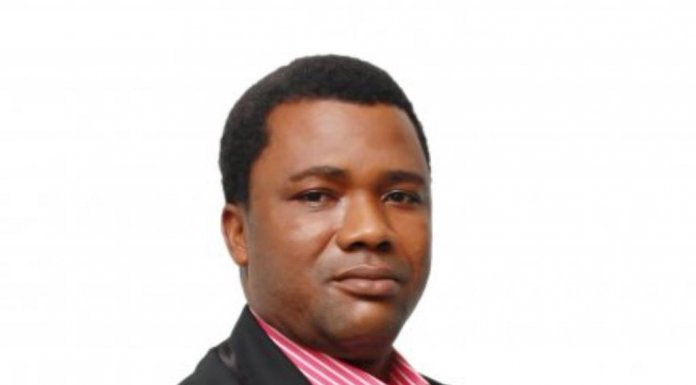