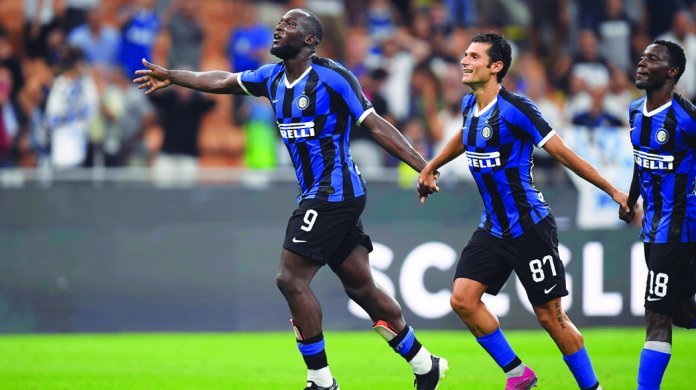 Joint leaders of the Italian Serie A, Inter Milan, travel to Rome today to face Lazio in what promises to be an exciting game. It is a critical match for both title contenders where the over-achieving hosts will look to cement their place as genuine contenders against the visiting favourites.

No words can sufficiently describe how impressive Lazio’s season has been. Not only do tonight’s hosts find themselves just one point from the top of the table, they also lead the league table in goal differential, have the joint best goals conceded (along with visitors Inter), have the second best goal scoring record and have a squad that includes runaway Capocannoniere favorite Ciro Immobile.

Simone Inzaghi’s extended stay on the Lazio bench coupled with the managerial stability brought by president Claudio Lotito and sporting director Igli Tare means that the Biancocelesti are now able to reap the rewards of sticking with a project for a long term.

Inzaghi is in charge of a united squad that is in full comprehension of what he wants of them and that also exhibits a high level of understanding and mutual intuition between the players.

Unlike Atalanta, Lazio’s prowess is not based on an aesthetically pleasing expansive type of football, they seem to be able to grind out their wins by simply doing the basics better and for longer stretches of a match than their opponents do.

Testament to that is their goal scoring heat-map, Lazio have their highest scoring probability in the last ten minutes of a match. They do not switch off. Inter on the other hand seem to exhibit the opposite tendency ever since the new year.

The last two league matches aside, Inter have recently started matches strong only to drop off in the second half and throw away an early lead.

It seems that Antonio Conte and his conditioning staff have realized this and have adjusted match strategies better to be able to ensure there’s enough gas in the tank for the full ninety minutes.

This match will be a battle of midfield’s. It is arguable that on the pitch, viewers will be treated to watching the best two midfields in the league, and whichever team will be able to win the battle of the middle will probably take away all points.

With a midfield trio of Sergej Milinkovic-Savic, Luis Alberto and Lucas Lieva, Lazio can strike fear in the hearts of any top European side. Conte will have to utilize weapons that Inzaghi does not possess if he’s to be able to pressure and pin the hosts back.

Demanding extra mobility from Christian Eriksen between the Lazio midfield and defense will be one such weapon. Another solution Conte can resort to is the superior pace and experience on the wings that Ashley Young and Victor Moses bring.

Whatever happens, expect this match to be a cracker and a real game of chess between two very capable managers with all to play for.

Liverpool’s unstoppable charge towards their first top-flight title in 30 years is “outstanding”, says Jurgen Klopp after his side edged a narrow victory over bottom-of-the-table Norwich.

Sadio Mane came off the bench to score the winner with 12 minutes remaining, expertly taking down skipper Jordan Henderson’s raking pass and smashing in at the near post.

“The gap is so insane, I don’t really understand it,” Klopp told Sky Sports. “I am not smart enough. I have not had that before. It is outstanding, so difficult.

“I go back into the changing room and we chat about the things and then I am like ‘Oh, but congratulations. We won the game, another three points.'”

Chances were at a premium in a blustery first half, but Liverpool ramped up the pressure in the second period – Canaries goalkeeper Tim Krul making a stunning double save to deny Mohamed Salah’s low shot and Naby Keita’s close-range follow-up.

Having been pegged back for a long period, Norwich could have scored on the counter-attack as Alex Tettey’s strike from an angle caught Alisson by surprise at his near post but the effort rattled the foot of the upright.

But Senegal international Mane – who missed the last two games through a hamstring injury – proved to be the difference having entered the action on the hour mark.

Impressed by the rapid transformation of sporting facilities in Edo State by the Governor Godwin Obaseki-led administration, the Minister of Sports and Youth Development, Mr. Sunday Dare, has urged other states in the country to adopt the governor’s development model.

Speaking to journalists after the inspection of the newly refurbished Youths Indoor Sports Complex in Benin City, the minister said the model will bring about the renaissance required to rejig the nation’s sports development narrative.

Dare, who expressed satisfaction with progress on the project, which is in the final stage of completion, noted that Edo State is prepared for hosting of the 2020 National Sports Festival (NSF), scheduled for next month.

He said, “We are having a partnership with Edo State Government to revamp the indoor sports hall and the place has been fully restored.

“The building, offices and dressing rooms are in shape and I think this type of partnership between federal and state governments will bring about the renaissance we want in our sports development, facility upgrade and management”

Earlier, Governor Obaseki said the facility remained a federal government property but would be managed by the state government.

The governor explained that all property built inside the facility by private individuals would be put to use by youths engaged  in sporting activities in the region, adding, “We will fence the building; some people have encroached on the land but we will ensure that we fence every property inside the land.”

Deputy Governor, Rt.Hon. Comr. Philip Shaibu reassured that the state was ready to host to National Sports Festival, noting that all sporting facilities in the state have been transformed ahead of the sports meet.

Barcelona went level on points with La Liga leaders Real Madrid after grinding out a narrow win over Getafe. Allan Nyom appeared to put third-placed Getafe ahead but his goal was ruled out by the video assistant referee for a foul on Samuel Umtiti.

The 32-year-old, who Barcelona are considering signing in an emergency deal, guided home an expert finish from 18 yards out from Jaime Mata’s cross. That was his eighth goal as a substitute this season.

Under La Liga rules, if a player is out for more than five months, then clubs can apply to sign one player from another La Liga club.

With Ousmane Dembele ruled out for up to six months – and Luis Suarez also sidelined – Barca are looking at several options, including Angel, who has a £7.5m buyout clause.

Messi has now failed to score in four consecutive La Liga appearances for the first time since October 2013 to January 2014 – although he had set up Barca’s previous six league goals before Roberto’s strike.

Real Madrid can re-establish their three-point lead on Sunday when they host Celta Vigo .