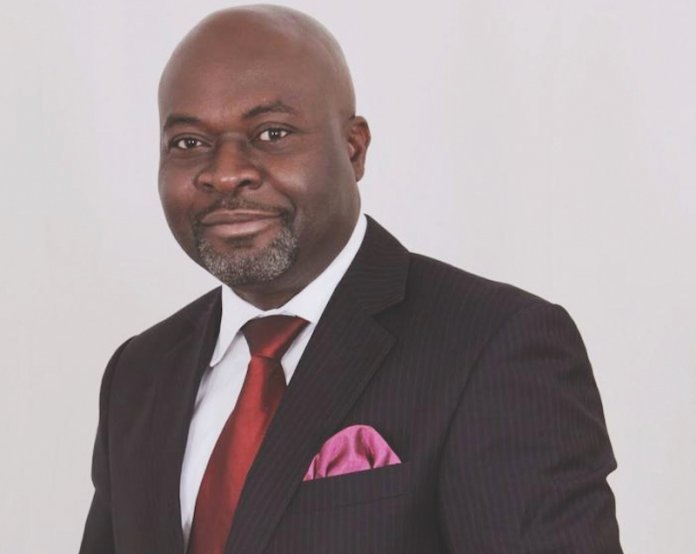 If goodness was a shield from death, Bethel Nnaemeka Amadi wouldn’t have died. If compassion assured longevity, he would still have been here smiling through most difficult circumstances in assurance of a better end; however, like water, he never was one to confront or contend but would calmly, surely and uncomplaining, work round a problem to achieve the desired result without a murmur of protest. No wonder it is a truism that the best never lasts long.

A colossus by every imaginable description who had a Midas touch, angelic in his disposition and rare adroit manager of men and materials whose maker was the controller of his path of ascendancy, he saw whatever came his way as a cross he has to bear for humanity.

Bethel was a blind man in several respects; he was blind to colour, race, tribe or nationality but would see humanity in every being hence the several calls he answered to serve in the cerebrally short but restive and eventful existence. That is why his iconic exit was a loss to the global community he served without complaint.

Born April 25, 1964 to the family of late Chief Eugene Uzoma Amadi and late Mrs. Comfort Eberechukwu Amadi of Amii, Akabo in Ikeduru Local Government Area of Imo State. He was the fifth child of his parents who were Educationists, apparently where he got the desire to teach and serve without expecting rewards.

His childhood development and formation were influenced by the fact that his parents were teachers and devout Christians who instilled in their children, the importance of education, hard work and strong moral values as foundation for success.

Hon. Amadi excelled in primary and secondary schools and finished at the Federal Government College, Warri in 1981 in flying colours. He proceeded to University of Jos later the same year and gained a Bachelors Degree in Law with Honours from same University. He attended the Nigeria Law School Lagos and was called to Bar in October 1986.

After serving his fatherland in Benue State for the compulsory National Youth Service, Hon. Amadi worked for Christaben Nig. Ltd, .an Oil and Gas Services Company in Kaduna and for his unrivalled input and work ethic, was rapidly promoted to the position of Company Secretary. In November 1991, he became the Executive Director of Operations and Acting General Manager of Hunting Oil Field Services Nigeria Limited, a joint venture between Hunting Plc of the United Kingdom and Christaben Group.

In 1993, Hon Amadi established and became the Senior Partner of his Law Firm, Hallmans Legal Practitioners (formally Amadi, Eyo, Olagoke and Chiagozie). Two other companies, Petrofield Limited – an oil services company and Alfa Field Limited – a Pharmaceutical and Chemical Company were also founded by him.

Bethel was Co-Secretary of The Committee on Improving Foreign Investments of the Nigeria Economic Summit (NESII), 1995.

In 2000, he was appointed the Managing Consultant and Member of Board of Bendel Insurance Plc., Benin City, Edo State and in that capacity, he provided turnaround management with strategic and operational planning, implementation and general management.

He set up the Bethel Amadi Foundation in 2003, which saw many youths earning University degrees through scholarship and various skill acquisition programmes.

He was elected into the House of Representatives in 2003 to represent Mbaitoli/ Ikeduru Federal Constituency of Imo State, was re-elected in 2007 and again in 2011. He believed in interactive dialogue and was reputed for being a natural and persuasive communicator, created consensus among divergent groups. Creative, political savvy, and a man of novel ideas;  he was noted for  openness, integrity, dedication and commitment to excellence. He was elected by his colleagues as Caucus leader for Imo State, 2003-2007 and later appointed Secretary of the South East House Caucus from 2003 – 2007. He was also a member of the Central Planning Committee for the 2004 House of Representatives Retreat that provided strategic direction in capacity building to members.

Amadi served in very important Committees. He was the founder and co-coordinator of the Legislative Initiative for Education (LIFE), that reformed the Universal Basic Education Act, which was signed into law on 26th May 2004.

His leadership skills led to his appointed into several Committees including Chairperson of Sub-committee on NAPIMS (Upstream) of the Petroleum Resources Committee; Internal Affairs (Immigration Sub-committee), Inter- Parliamentary, Loans, Aids and Debt Management, Population and Co-operation and Integration in Africa. He was also a member of the House Committees on Finance, Foreign Affairs, Inter Parliamentary Relations, Industries, Special Duties and Public Service Matters and Federal Character between 2008 and 2011.

As Chairman of the Imo Caucus, he led his colleagues to support the takeover of the Alvan Ikoku College of Education by the Federal Government of Nigeria and engineered the provision of nearly N1 billion in take-off grants and was instrumental in the transfer of the Imo section of the Onitsha – Owerri expressway construction to Julius Berger – a move that resulted in the rapid completion of the project.

He was Majority Chief Whip of the House till November 2007. His astute administrative prowess inspired his selection as the Chairman of the Important Aviation Committee between 2008 and 2011. He was also influential in Nigeria acquiring the FAA Category 1 Certification by leading the House Parliamentary delegation to the United States of America House of Representatives Committee on Transportation and their Federal Aviation Authority (FAA) in June 2009. In this capacity, Hon Amadi further initiated projects for the two major airports in the South East – Enugu and Owerri.. These projects were initiated and awarded during his tenure as Chair of the House Aviation Committee.

He chaired the House Committee on National Planning and Economic Development, a very critical committee to Nigeria’s bid of becoming one of the leading world economies by 2020. He was instrumental to formulation and preparation of long-term, medium-term and short-term national development plans under the then President Goodluck.

On the international scene, he was Vice Chairman of the Executive Committee of the Commonwealth Parliamentary Association – Africa Region from 2009 – 2012. In May 2009, he was elected the First Vice President of the Pan African Parliament and in May 2012, was elected President of the Pan-African Parliament where he distinguished himself by setting the continental body on a path of ascendancy. Under him, the power to ensure protocols for proper exercise of powers were changed though awaiting ratification by member countries.

Hon. Amadi also championed the ratification and domestication of the African Charter on Democracy, Elections and Governance as part of his passion to consolidate democratic institutions and culture, good governance, transparency and the rule of law in Africa. This landmark legal instrument embodies the shared philosophy of entrenching a political culture that is premised on constitutional democracy on the African continent among other strides he achieved.

Like every mortal, he surrendered to the cold hands of death after being diagnosed of cancer.