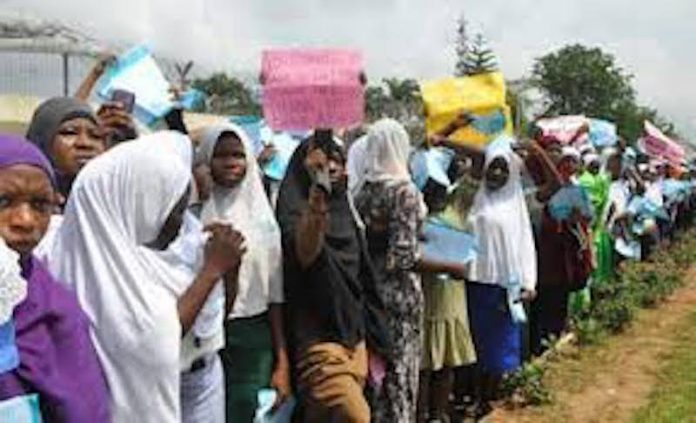 Muslim women across the country have decried the continued discrimination against Hijab wearing in the country as an act against the fundamental human rights of the women and an abuse of the Nigerian constitution, which guaranteed to every citizen his/her freedom of religion and faith.

The Coalition of Muslim Organisations in Nigeria (CMON) at a press conference held at the Bagauda Kalto Press Centre, Government House, Ikeja, said that they have suffered discrimination because they chose to dress in accordance to the teachings of their religion.

Speaking during conference meant to enlightenment members of the public on the oncoming 2020 World Hijab Day, the Executive Director, Hijab Right Advocacy Initiative, Mutiat Balogun, said that the time has come for Nigerians to stop discriminating against women that put on hijab.

She added that women and girls in hijab have proven to the world that their dresses had not deprived them from excelling on the world and national stages.

She said that the continued discrimination against women in hijab is not only unconstitutional but also inimical to the development of the country.

According to the group, the continued discrimination against Muslim girls and women in hijab would reduce their chances of getting further education and other things as guaranteed by the constitution.

The group argued that the promotion of girl child education could only be achieved if the girls in hijab were not harassed or molested by their teachers.

Balogun said: “Give this a thought, a girl that was forced to remove her Hijab to write an exam will not perform optimally, therefore, reducing her chances of getting further education despite our claim of promoting the education of the girl child.

“A researcher screened out of a job placement because of the hijab may be the one in whose mind is trapped the cure for cancer. The Muslim nurse who had to change her profession because she was not allowed to wear her hijab, maybe just be the person you need to get you through your hard time in hospital! Denying a person her right not only affects her but affects us. All we Muslim women want is simple: ‘We want to secure our rights as provided by the constitution.’”

Balogun, who is also a lawyer, appealed to the federal government to ensure that women in hijab are given equal opportunity and not treated unjustly based on their appearance. According to her, women in hijab could perform excellently in their callings.

She added: “We want to be allowed to carry out our duties and contribute to our society without fear of discrimination or experiencing discrimination. We want our daughters to be able to attend schools, register and write exams in their hijab without intimidation, abuse and discrimination.

“We want to have equal access to services of regulatory bodies without being asked or expected to first compromise our faith. We want to be given a level playing field like everyone else and not to be denied job interviews, job placements and opportunities because we dress as obligated by our faith.”