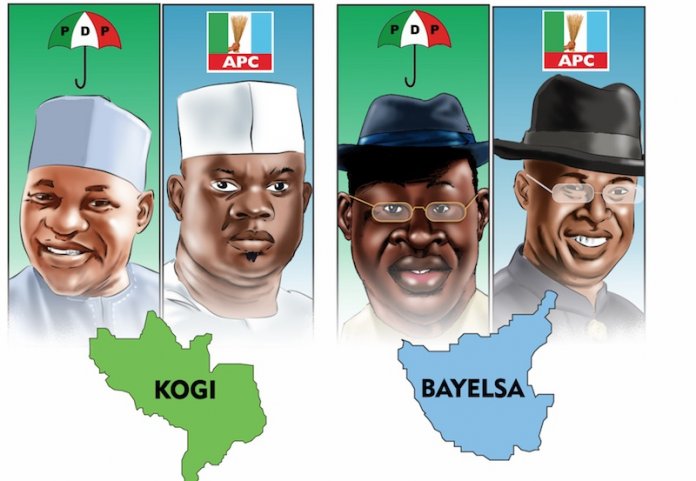 Alex Enumah in Abuja
The Kogi State Governorship Election Petition Tribunal sitting in Abuja on Wednesday adjourned till February 10 for commencement of pre-hearing session in the petitions filed by the candidate of the Peoples Democratic Party (PDP) in the November 16 governorship election in Kogi State, Mr Musa Wada, and his party, against the re-election of Governor Yahaya Bello.
Musa and the PDP had dragged the All Progressives Congress (APC), Governor Yahaya Bello and the Independent National Electoral Commission (INEC) to the tribunal over the November 16, 2019 governorship election held in the state.
INEC had on November 18, 2019, declared Bello as the duly elected governor of Kogi State having won majority of votes cast at the governorship poll.
The petitioners in a suit No. EPT/KG/GOV/06/2019 are alleging that the election was characterized by irregularities, violence, ballot box snatching and stuffing as well as substantial non-compliance with the 1999 Constitution, electoral laws as well as INEC guideline for the governorship election.
Wada described the election as a charade and insisted that APC with the aid of security agents, rigged the election in its favour and that of its candidate, Bello.
Consequently, the petitioners are asking the tribunal to determine and declare that the second respondent  (Bello) was not duly elected and/or returned by a majority of lawful votes cast during the election.
They are also asking the tribunal to declare that neither the second nor the third respondent scored the majority of lawful votes cast at the election to the office of the Governor of Kogi State.
The petitioners are consequently asking the tribunal to issue an order nullifying the Certificate of Return issued to Bello by INEC and
in addition, issue an order nullifying the entire governorship election conducted in the state by reason of substantial non-compliance with the provisions of the Constitution and extant Electoral Act 2010 (as amended).
Furthermore, Wada is seeking an order declaring that he scored the majority of votes cast at the election and that having fulfilled the requirements of section 179(2)(a) and (b) of the constitution, he is the winner by majority of lawful votes cast and thus returned elected.
Alternatively, the petitioners are praying for an order directing INEC to conduct supplementary election in polling units where elections were cancelled, noting that the margin of lead between the second respondent and the first petitioner being Iess than the registered voters in the cancelled polling units.
In further alternative to the reliefs above, the petitioners want a declaration that the election of November 16 and the subsequent declaration and return of the second respondent are voided by corrupt practices in breach of the provisions of the Electoral Act, 2010 (as amended), which substantially affected the results of the election.
When the matter was called, the counsel to parties identified and adopted their individual motions in the suit.
Consequently the three-man panel chaired by Justice Kashim Kaigama, adjourned till February 10 for the commencement of pre-hearing in the petition. 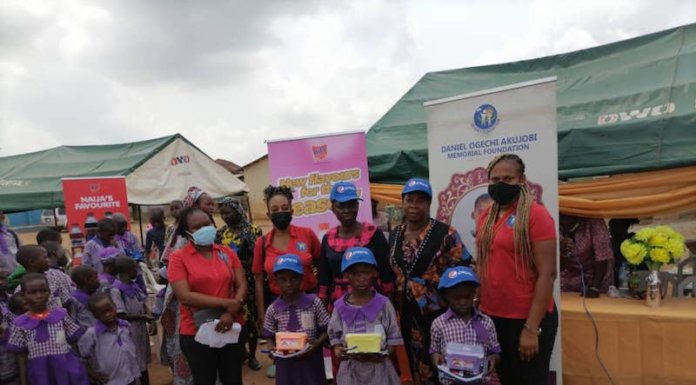