President Muhammadu Buhari yesterday expressed shock at the level of violent crimes in the North-west and other parts of the country, promising tougher measures against bandits that had made life difficult for Nigerians.

“I was taken aback by what is happening in the North-west and other parts of the country,” the president told a delegation from Niger State today in Abuja, adding: “During our campaigns, we knew about the Boko Haram. What is coming now is surprising. It is not ethnicity or religion; rather it is one evil plan against the country.”

Buhari then said what he would do: “We have to be harder on them. One of the responsibilities of government is to provide security. If we don’t secure the country, we will not be able to manage the economy properly.’’

The president spoke while receiving a delegation of eminent citizens from Niger State led by the Governor, Alhaji Sani Bello, in State House, Abuja, and lamented that activities of bandits had forced many to abandon their farms and homes.

The state of insecurity in the country also engaged the attention of the National Assembly as the Senate expressed support for community policing and resolved to formally engage the Inspector General of Police, Mr. Mohammed Adamu, over the rising wave of insecurity of lives and property across the federation.

The House of Representatives also decried the spate of insecurity in the country, describing it as alarming.
A statement by the president’s media adviser, Mr. Femi Adesina, quoted the president as saying he was surprised by the level of criminal activities in the North and other parts of the country in recent times.

He acknowledged that the onslaught of the bandits had affected agricultural output in some parts of the country, despite the favourable weather for farming, noting that many farmers were attacked, forcing others to stay away from their farms for safety.

Advising Nigerians to take interest in agriculture, Buhari said the degree of poverty ravaging the country would be significantly controlled if the nation could diversify into agriculture as against the current heavy reliance on oil.

According to him, the discovery of oil and gas reserves in Chad Basin, Benue trough and Bida as well as some parts of Bauchi and Gombe, will help in boosting current efforts to strengthen the Nigerian economy.

He also urged Niger Delta leaders to counsel unscrupulous elements in the region blowing up pipelines, which culminate in spillages affecting farming and farmlands, noting that the loss has always been collective, sometimes turning hard working farmers to victims.

Members of the delegation thanked the president for his interventions in some areas in the state, especially infrastructure, security and appointment of indigenes of the state into key positions.
Their spokesman and former governor of the state, Dr. Aliyu Babangida, said activities of bandits had rendered many homeless while others could no longer go the farms.

He thanked the president for ordering aerial protection by the military.
He also sought the president’s intervention to ensure the completion of some federal road projects such as the Mokwa-Birnin Gwari-Kaduna road, Kotongora road, and for more attention on the Minna airport, to complement access to the Federal Capital Territory (FCT).

In his remarks, the Etsu Nupe, Alhaji Yahaya Abubakar, assured the Buhari administration of continuous support and prayed for God to give him strength and wisdom to govern the country.

The President of the Senate, Dr. Ahmad Lawan, said the National Assembly would vigorously pursue the implementation of community policing as a way of tackling the growing spate of killings and kidnappings in Nigeria.

He said as part of measures to reform the country’s security architecture, the legislature would engage the executive on the need for the immediate implementation of the recently launched National Security Strategy (NSS).

He said: “There is an urgent need for paradigm shift and reform of the architecture and structure of our security systems. Equally important is the citizen participation and collaboration in providing security.
“In this regard, the Senate will engage the executive arm of government to discuss the implementation of the recently launched National Security Strategy (NSS) 2019.

“For a long time, major stakeholders in the security of our nation and police authorities appear to achieve consensus on the necessity of introduction of community policing in the country.”
He explained that the security situation had deteriorated, leading to the attendant loss of lives that’s unacceptable to the National Assembly.

“We need to secure the lives and property of our citizens, as enshrined in our constitution.
“We all are witnesses to how our economy is also affected by the inclement security situation. Therefore, we need to speedily seek for solutions to fix the security problem bedeviling our dear country,” he added.

Ahmad, while decrying what he described as the high level of inefficiency in the power sector, said the National Assembly would prioritise reforms in power, agricultural and solid mineral sectors to boost efficiency and enable diversification of the economy.

“It is an incontrovertible fact that the power sector cannot function optimally and thrive under the current circumstances. The anticipated outcome of improvement in effectiveness and efficiency of the privatisation process has not been achieved, and doesn’t look feasible,” he explained.

Also at plenary yesterday, the House of Representatives decried the spate of insecurity in the country, describing it as alarming.

The Chairman, House Committee on Media, Hon. Benjamin Kalu, expressed concern about the situation while briefing journalists after the House adjourned plenary till today to mourn a member who represented Babura/Garki Federal Constituency of Jigawa State, Hon. Muhammad Fagen-Gawo, who died last year in a Dubai hospital.
He said the House was worried by the killings, hence the need for legislative interventions to ensure better protection for Nigerians.

“The insecurity in the land is too much; it is alarming. We can no longer paint it with beautiful colours; we can no longer discuss about it in low tones. “The cries of the people that have lost their lives, they are giving us sleepless night and something needs to be done about it and this Ninth Assembly is going to look at various legislative interventions with regards to insecurity in the land to ensure that Nigerians are safe better than they have always being because that is the core mandate of every government to protect lives and property,” he added.

He stated that it was not a wrong decision for the government to call on the police to take over the areas liberated from Boko Haram as it was part of their constitutional role.

Hon. Solomon Bulus Maren lamented that there was no sign that government was willing to perform its constitutional duty of protecting the lives and property of the people or arrest and prosecute those behind the killings.

He traced the current crisis to October 1, 2019, when two citizens of Mangu-Bokkos, Lawrence Duna and Gafdfrey Shikakham, carpenters working with humanitarian non- governmental organisation in Borno State, building homes for displaced persons, were abducted and executed.

The lawmaker also lamented the attack on January 8, 2020 on Kuthen Village of Kombun District, Plateau State, which claimed 12 lives, adding that till today those arrested in connection with the killings have not been prosecuted.

He cited other attacks on the people, including that of 26 January, 2020 on Kwatas, Mansh, Sabon Barki, Murish, Lokudung, Pil and Mbiri-Ishala, which claimed 16 lives while many buildings were burnt.
The lawmaker said those who escaped from those villages were taking refuge in Bokos without food, water and adequate sanitation to cater for such population.

He said: “Government seems not only complacent but to be condoning these hoodlums and probably protecting them by dealing with the issues with kids’ gloves. Because no single prosecution of those arrested over the years, no categorical statement and policy to fight this menace to the finish. Even when killer herdsmen were designated and referred to as most dangerous terrorist gang in the world, our government didn’t classify them as such. One can easily conclude that genocide has been declared on my people as indeed Plateau State.” 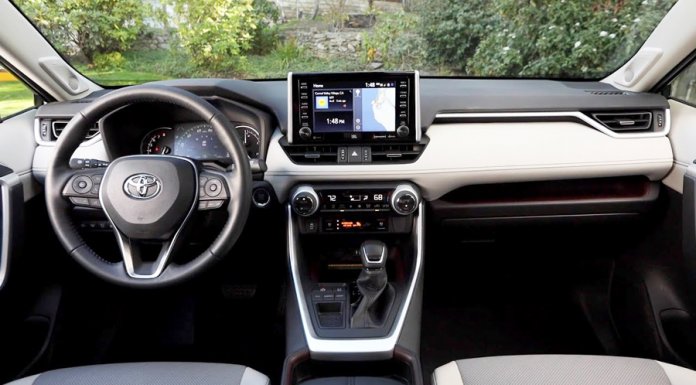