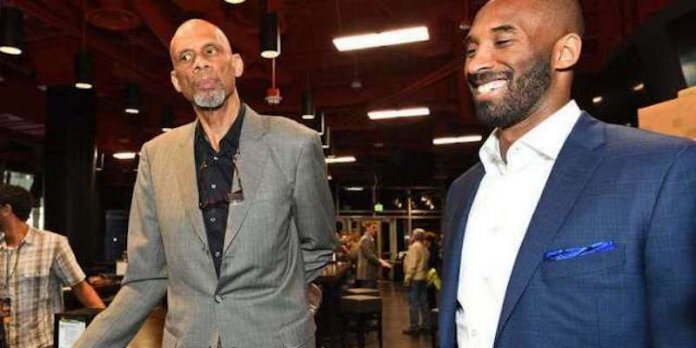 Kobe Bryant, 41, who along with his daughter Gianna and and seven other persons died in a helicopter crashin California on Sunday morning has been described as one of the most extraordinary players” in the history of basketball who “inspired people around the world” to play the game.

Bryant, who retired in 2016 after a 20-year career with the LA Lakers, was a five-time NBA champion and was named an NBA All-Star 18 times.

He and his wife, Vanessa, have three other daughters – Natalia, Bianca and Capri.

NBA Commissioner, Adam Smith, insisted yesterday that “the NBA family is devastated by the tragic passing of Kobe Bryant and his daughter, Gianna.”

“For 20 seasons, Kobe showed us what is possible when remarkable talent blends with an absolute devotion to winning. He was one of the most extraordinary players in the history of our game with accomplishments that are legendary.

“But he will be remembered most for inspiring people around the world to pick up a basketball and compete to the very best of their ability.

“He was generous with the wisdom he acquired and saw it as his mission to share it with future generations of players, taking special delight in passing down his love of the game to Gianna.”

Also speaking on Kobe’s death, Shaquille O’Neal, who won three NBA titles alongside Bryant for the LA Lakers, said: “There’s no words to express the pain I’m going through with this tragedy of losing my niece Gigi & my brother, my partner in winning championships, my dude and my homie.

“I love you and you will be missed. My condolences goes out to the Bryant family and the families of the other passengers on board. I’m sick right now.”

The NBA’s all-time leading scorer Kareem Abdul-Jabbar, who played for the Lakers from 1975-1989, said: “It’s very difficult for me to put in words how I feel. Kobe was an incredible family man, he loved his wife and daughters, he was an incredible athlete, he inspired a whole generation. This loss is hard to comprehend.”

Former US President Barack Obama wrote on Twitter: “Kobe was a legend on the court and just getting started in what would have been just as meaningful a second act. To lose Gianna is even more heartbreaking to us as parents. Michelle and I send love and prayers to Vanessa and the entire Bryant family on an unthinkable day.”

US President Donald Trump said: “Kobe Bryant, despite being one of the truly great basketball players of all time, was just getting started in life. He loved his family so much, and had such strong passion for the future. The loss of his beautiful daughter, Gianna, makes this moment even more devastating.”

Former LA Lakers president Magic Johnson, a five-time NBA champion in the 1980s, tweeted: “Kobe was a leader of our game, a mentor to both male and female players. Words can’t express the impact that he had on the game of basketball.”

Six-time NBA champion Michael Jordan added: “I loved Kobe – he was like a little brother to me. We used to talk often, and I will miss those conversations very much.

“He was a fierce competitor, one of the greats of the game and a creative force. Kobe was also an amazing dad who loved his family deeply – and took great pride in his daughter’s love for the game of basketball.”

LeBron James surpassed Bryant to become the NBA’s third-highest scorer of all time on Saturday.

Speaking after the game, which was the day before Bryant’s death, he said: “I’m happy just to be in any conversation with Kobe Bryan