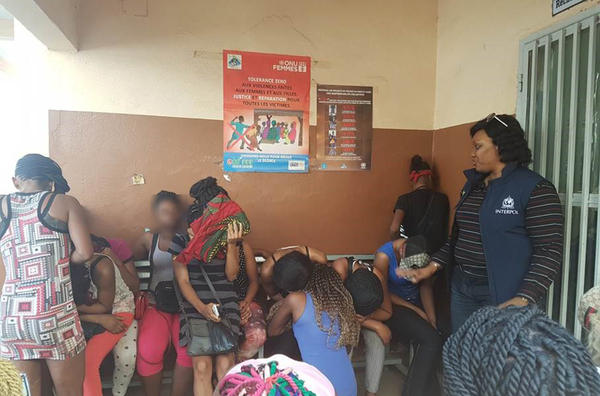 About 30 female Nigerians suspected to have been trafficked out of the country yesterday voluntarily returned from Mali, French speaking West African nation.

The women returned vanquished and frustrated when they failed to transit from Mali to Europe, their initially planned destination.  This was disclosed by the Nigerian Immigration Service, Murtala Muhammed Airport Command, which confirmed that it recently refused to allow nine Nigerian women from travelling out of the country because it suspected they were being trafficked.

The returnees from Mali narrated a harrowing experience in Mali where they lived a life of penury and hopelessness; until they were assisted by the International Organisation of Migration (IOM).

Informed source from Immigration disclosed that the young women travelled by road to Mali and were expected to connect Europe only to be marooned in Mali where they fell in with the wrong crowd and were made to work as prostitutes in the West Africa country.

A senior Immigration official confirmed the rescue but refused to give further details on the ladies but stated that they were in the country and would be processed and handed to the right authorities for reintegration and counseling.

Immigration explained that from January 23-24, 2020, the nine young women were denied departure from the MMIA while intending to travel to the Middle East countries of Lebanon and Dubai from Lagos.

He explained that a lot of such cases were recorded and that Immigration may not intercept them all but are keeping keen eyes out for human traffickers and those trafficked.

He also explained that a lot needs to be done in sensitising the youths and keeping them from such endeavours that might destroy them in the long run.