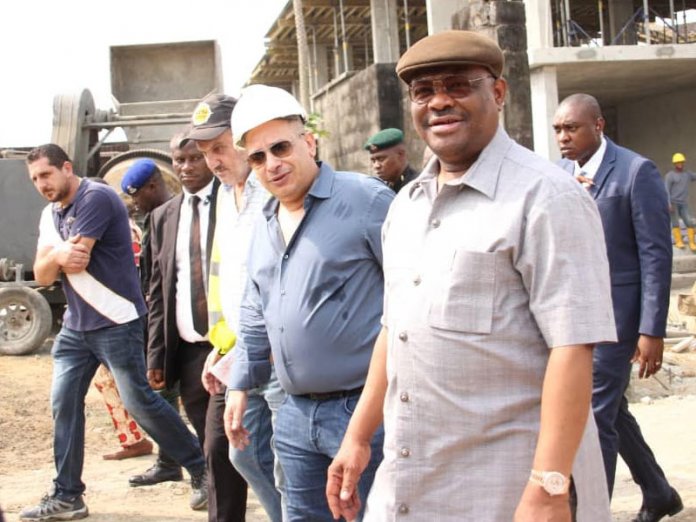 Addressing journalists after inspecting ongoing construction of hostels and additional classrooms at the Real Madrid Academy in Port Harcourt yesterday, Wike said several footballers were short changed in the past due to lack of formal education.

He said: “We are combining education and football in this Academy. We felt that while they are playing football, they should be educated. So that those that may not make it, will continue with their education.

“While those who have made it in football, will also have a formal education. Part of the problem we have had, is that most of our footballers don’t have formal education. Sometimes, it affects them in terms of negotiation and knowing what you are supposed to do.”

He expressed satisfaction with the quality of work at site of the hostels and additional classrooms, saying it is world-class.

“I am quite impressed with the quality of structures of hostels and additional classrooms. With what we are seeing, before the next academic session, this phase will be ready.

“This will be the best in Africa. I don’t know any country in Africa that will have this kind of facility,” he said.

Wike noted that sports is one of the outstanding economy boosters, hence the commitment of his administration to use it as a driving force to empower the youths.

He said: “Sports today is one of the key factors that make a nation great. It attracts foreign exchange and the rest of it. I believe that there are so many of our youths who are talented and they don’t have the opportunity to bring out their potentials.

“In trying to help our youths to bring out their potentials, we should do it amongst the best. Real Madrid as far as I am concerned is the best in the world. We felt that Rivers children should go for the best.

“We thank God that Real Madrid agreed to partner us to establish an Academy here, which will make our children play in the best teams of the world.

“Last time, we sent our children to have a feel of the best when they went to Real Madrid. They were all happy. You saw the kind of football they exhibited when the Academy was commissioned.

“Football is a great thing today. When I heard that Neymar was sold for that huge amount of money, I don’t think any other profession will give you that kind of money. You can imagine the kind of talents Brazil has exported and the kind of foreign exchange they have attracted.”

The governor said that with the quality of investment by his administration, he believes that the Real Madrid Academy will stand the test of time, even after he has left office.

He said: “This Academy will not only serve only externally, it will also beef up our local football clubs.

“I believe by the grace of God. Government is a continuum. I will do my best. I will take it to the level that the world will know about it. When I leave, I believe that those who will take over the affairs of the reins of government would continue.

“I cannot speak for who comes after me. But I pray that the standard we have set should not come low. As I place it at the world level, I expect the person who will take over will continue to make it a world-class facility.”

18 Schools to Battle for Honours at PwC Chess4Change