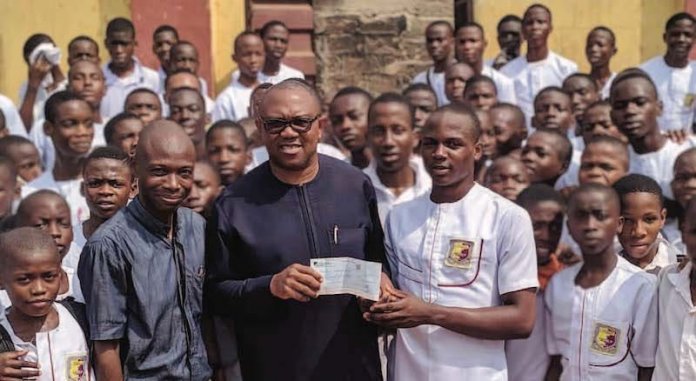 The vice- presidential candidate of the Peoples Democratic Party (PDP) I the 2019 general election, Mr. Peter Obi has described the recent fire at the hostel of Patterson Grammar School, Awada, Onitsha as a national calamity and it should be treated as such.
The school is owned and managed by the Anglican Diocese on the Niger.
Obi said this during his visit to the school soon after the fire incident that gutted one of the hostels and claimed the life of one student.

According to him, he had watched with sadness where incidents that did not have much impact were designated as “national calamities” while leaders did not view the burning of schools with the seriousness it deserves, saying if it were to be in countries that know the value of education, all manner of organisations would have visited the school and offered their support.
While donating the initial sum of N1 million as support for the building of the school, Obi promised to come back to offer more assistance.

Earlier, Obi had visited Ekwulumili to condole with the families of the student that lost his life in the inferno.
In his remarks, the Bishop on the Niger, Most Rev. Owen Nwokolo, represented by the Principal of the school, Rev. Dr. Cajetan Anuforo thanked Obi for his consistent love and support for education nationwide. While urging other Nigerians to emulate his life of service, he solicited Obi’s assistance in bringing the issue of merit to the front burner of national consciousness.
In another development, Obi has donated 12 laptop computers with printers and a generator to St. Patrick’s International Secondary School, Awka, Anambra State.

While presenting the facilities to the senior prefect of the school, Miss Nwamba Childera, Obi called on Nigerians and all men of goodwill to assist schools in any capacity they could, since “contributing to the training of the children in school is one of the ways of contributing to nation-building.”

Encouraging the students to take their training seriously, he reminded them that education is the only endeavor capable of transforming nations and taking people to the heights they never imagined in lives.
Obi also encouraged them to remain focused in life and to choose as role models men and women that have values to impact such as Chimamanda Adichie and Prof. Chika Unigwe of Brown University.

The Proprietor of the school, Bishop Paulinus Ezeokokafor, who spoke through his representative, Fr. Hilary Nwajagu, thanked Obi for allowing God to be using him as a vessel for transforming the state.

Recalling Obis return of schools to the church, he described it as the most profound act since the creation of Anambra State.
Earlier, the Manager of the school, Fr. Celestine Aniekwe told the students to consider themselves privileged for having Obi in their midst. He encouraged them to listen intently to him for words of wisdom capable of reshaping their lives for good. 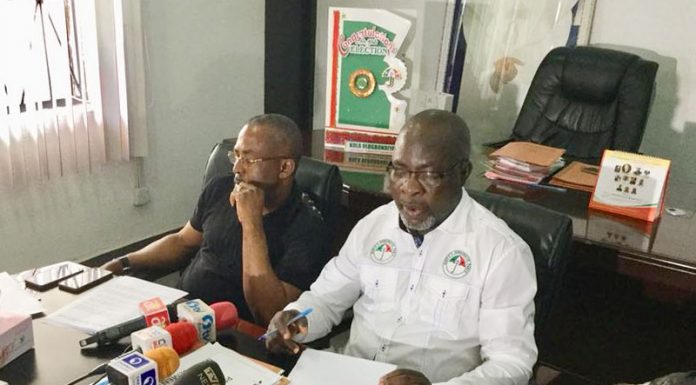