Match-day 15 of the Nigerian Professional Football League (NPFL) will be heralded today by the Oriental Derby in Aba as Enyimba welcome Heartland to the commercial nerve centre of Abia State.

The Elephants, still basking in the euphoria of their big CAF Confederation Cup win against Paradou of Algeria will look to send their brothers back home empty-handed.

Heartland beat Abia Warriors for the first time last weekend and will have their sights on Enyimba who didn’t play due to continental engagements.

Three points separate the two teams on the log with Heartland at 11th position with 18 points while Enyimba, with three games at hand, sit in 16th place with 15 points after 14 round of games.

This will be Fatai Osho’s first league outing as head coach of Enyimba after Usman Abdallah’s dismissal last week.

Plateau United, displaced at the top by Lobi Star will travel to Akure to meet Sunshine Stars who have been one of the in-form teams at the moment.

The Jos side huffed and puffed against Akwa United last weekend at the New Jos Stadium but came up short as Akwa left Jos with a point.

Sunshine, on the other hand, was imperious against Wikki Tourists in Bauchi handing the home side a 2-1 spanking to spoil the home side’s return to the Tafawa Balewa Stadium.

Plateau midfielder Uche Onwuasoanya told www.npfl.ng that his side will do all they can to get a result in Akure to make up for the disappointment in Jos.

“Sunshine in Akure are very tough but we are determined to go there and get something out of the game. We have forgotten about the Akwa game.

We dominated the game throughout the match but could not score. If you don’t score you can’t win games. “he revealed.

Warri Wolves will face Rangers at the Warri Township Stadium hoping to add more distress to a struggling Rangers side who have under-performed this season.

The Enugu side is at bottom of the table with a measerly nine points albeit with four games at hand. Wolves lost 3-1 at FC IfeanyiUbah despite scoring first in a very open game.

Adamawa United’s fortunes in the league haven’t really been good and they will look to stop the rot when they welcome Wikki Tourist in Gombe.

This is technically a derby and not just because the two states aren’t far from each other but also that Wikki played all their home matches at the Pantami Stadium before last weekend as the same stadium is also the adopted home ground of Adamawa United.

The race for points for both sides – who are both in the bottom half (Wikki are 16th, Adamawa in 18th will make this game an interesting one.

Kano Pillars make the short trip to the Muhammadu Dikko Stadium to face Katsina United who have a very good record at home. After a poor start, Pillars have found their groove and started a strong walk up the table.

This Northern derby has not really produced many goals in recent times but the race for points might make this one different.

Pillars will be without right-back Ifeanyi Nweke who is on suspension while Katsina will unleash new signing Munir Ubale (from Jigawa) on the Kano side.

MFM and Jigawa Golden Stars will light up the Agege Stadium with beautiful free-flowing football which is the hallmark of both sides.

Coach Tony Bolus of MFM has tutored a bunch of rookies to a solid side who have kept with the philosophy of MFM. It will be another opportunity to test their progress against Jigawa.

Akwa United have really impressed a lot after a poor start and are unbeaten in five thanks to goals from veteran striker Orok Akarandut. They sit in wait for Kwara United who beat Katsina United by two unreplied goals.

Kennedy Boboye looks to have steadied the ship in Uyo but he will sweat on the fitness of Orok Akarandut who limped off against Plateau United in Jos last weekend.

The Uyo based side sit sixth on the log while Kwara are in the deep end in 15th place, seven points behind Akwa.

Another huge game this midweek will be the game between Rivers United ( and Lobi Stars at the Yakubu Gowon Stadium in Port-Harcourt.

Lobi Stars are top of the table while Rivers United are third as both have arguably the in-form teams of the moment.

The Makurdi side continue their search for a second title in three years but will likely miss the services of three of their key players.

Team captain Raphael Ayagwa and veteran defender Solomon Kwambe have been snapped up by the United States Soccer League side FC Tulsa while top striker Sikiru Alimi has left to join Tunisian side Stade Tunisien.

Umuahia will see home side Abia Warriors up against FC IfeanyiUbah in what might be considered a baby derby. Contrasting fortunes for the two teams last weekend will surely add more flavour to this one.

Abia Warriors lost to Heartland for the first time (1-0) while FC Ifeanyiubah came from a goal down to beat Warri Wolves 3-1. The Umuahia side will look to bounce back to winning ways while FCIU are looking to consolidate on last weekend’s win.

High-flying Dakkada will sit out Wednesday’s games but will be up against Nasarawa United who have been disappointing this season. The last time the Lafia side came to Uyo, they managed to pick a point against Akwa United.

Dakkada have been the surprise package of this season and only lost their first away game since the start of the season in Match-day13 before bouncing back to see off Rivers United last weekend.

Thirteen points separate the two sides with Dakkada in fourth place and Nasarawa below in eighteenth place. Nasarawa interim coach Abubakar Arkiya will have to rally his troops to try to stop this rampaging Dakkada side that has taken the NPFL by storm. 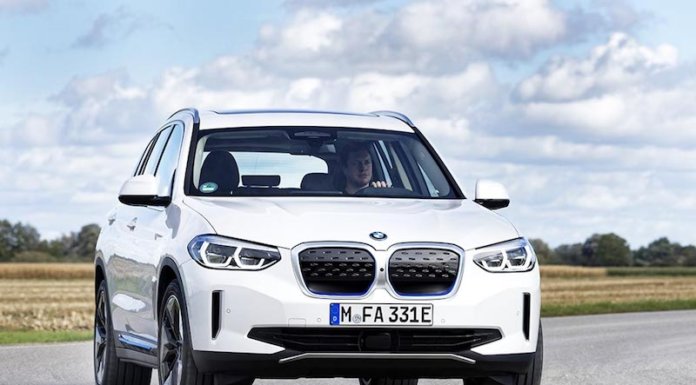