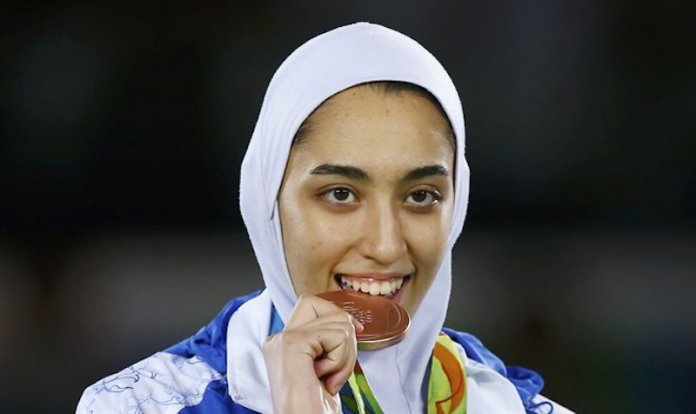 The announcement on Sunday by Iran’s only female Olympic medallist, Kimia Alizadeh, that she will defect is the latest in a series of high-profile changes of nationality from the country’s top athletes.

The defections have been for a variety of reasons and across many different sports. Here are some of the most significant.

Alizadeh made history when she competed in taekwondo at the Rio Olympics in 2016.

Aged only 18, she beat Sweden’s Nikita Glasnovic 5-1 in the bout for the bronze in the -57kg category. It made her the first Iranian woman to win an Olympic medal.

But in the wake of that success, she felt the country’s authorities were using her success as a propaganda tool.

Now 21, she disappeared last week, with rumours circulating she was seeking to settle in the Netherlands.

Though she has not confirmed where she is, she has announced in an Instagram post that she left Iran because she did not want to be part of “hypocrisy, lies, injustice and flattery”.

She has described herself as “one of the millions of oppressed women in Iran”.

As significant as Alizardeh’s defection is, it is not even the first major Iranian sporting defection of 2020 – less than two weeks into the year.

Two leading figures in Iranian chess, Shohreh Bayat and Mitra Hejazipour, have both been expelled for removing their hijab in competitions outside of the country. This action is considered defiance of Iran’s compulsory Islamic dress code.

Bayat is an international chess referee – Asia’s only Grade-A arbiter at that – and previously was the first woman to be general secretary of a sports federation in Iran. She said she would not be returning to Iran after photos were published showing her not wearing the compulsory headscarf during Shanghai Women’s World Championship 2020 games.

When the photographs first emerged, Bayat’s father said her headscarf had fallen accidentally. But pictures later showed her without it at other games. Nigel Short, the vice-president of the International Chess Federation (Fide), posted one of the photos on Twitter saying Bayat is “a great ambassador for her country”, and Bayat retweeted it.

Her father now says she is “worried about going on with her activities in Iran” and is seeking to continue in another country.

Hejazipour, who said she will now compete in a private capacity and live in France, was told she “has no place in the Islamic Republic’s national team any more”.

Meanwhile at the end of 2019, the world number two junior player, Alireza Firouzja, competed under a Fide flag instead of the Iranian one.

For political reasons, Iran has had a blanket ban on any athletes competing against Israeli opposition; Iran does not recognise the state of Israel.

But because this ban violates the rules of most international sporting federations, it has put several athletes in a difficult situation in competitions – in particular sports at which both Iran and Israel have talent, such as wrestling and judo.