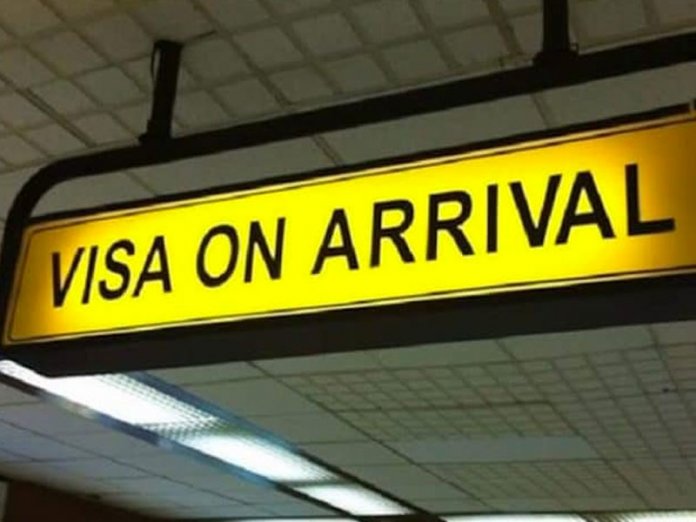 Peoples Democratic Party (PDP) in South-west Thursday raised the alarm about what it described as the invasion of Nigeria by foreigners, sequel to the visa-on-arrival policy of the federal government.

While speaking with THISDAY on the inauguration of the South-west security outfit aimed at curbing crimes code-named “Operation Amotekun,” the PDP Publicity Secretary in South-west region, Mr. Ayo Fadaka, said the visa-on-arrival policy would eventually erode any gain aimed at strengthening internal security in the country.

“We (in the PDP) are not comfortable with the invasion of Nigeria by foreigners, as a result of the visa-on-arrival policy of the federal government; and without doubt, going by the apparent invasion of the country by foreigners, the security system will soon collapse, unless the policy is reversed.

“The Buhari administration owes Nigerians a responsibility to look after their security and well-being and we feel strongly that the visa-on-arrival policy is not the best at a time when the country is going through various forms of security challenges,” Fadaka cautioned.

He, however, applauded the setting up of Operation Amotekun, saying “it is a direct response to the invasion of the South-west by the Fulani herdsmen.”

He described the concept as a good decision by the South-west governors, by taking the bull by the horn to arrest insecurity issues in the region, including kidnapping and other forms of banditry.

“The signal is clear that every community in Yorubaland should propose their security device to meet local content, as a way of bringing about peace in their environs; knowing that the prevailing order cannot guarantee security of lives and properties,” he explained.

Fadaka also complained about what he described as the recent invasion of Ajowa community in Akoko North-east Local Government Area of Ondo State by some herdsmen “with a view to colonising the town.”

According to him, the invaders came in a warfare fashion and carved a quarter for themselves, apparently to turn the community to a grazing land, noting that the PDP saw that action as largely condemnable, and that the federal government should rein in the invaders.

The PDP spokesman, who also spoke on the forthcoming Ondo State governorship election, said: “The people of Ondo State should take their fate in their hands. Both the federal government and other stakeholders bear the responsibility of ensuring a free and fair election. In the coming election in Ondo State, no matter what anybody will do, our vote will count.”