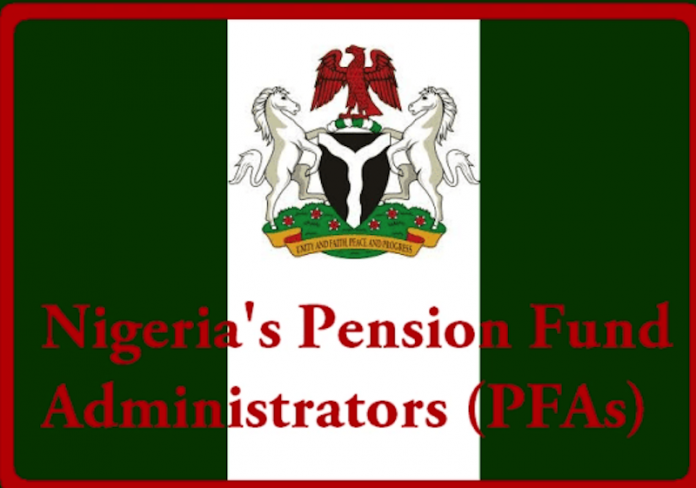 Goddy Egene
The federal government has been called upon to set up an independent council to be made up of banks, stockbrokers, mortgage institutions, insurance companies and pension fund administrators (PFAs), to effectively coordinate the moblisation of savings in the country.

The Chartered Institute of Stockbrokers (CIS) which made the call, noted that greater tax incentives should be granted to companies and individuals in accordance with their levels of savings and investments in formal and recognised outlets such as stock markets.

They also said government should review the structure of the entire Nigerian financial system by significantly raising the utilisation and development of the capital market.

This formed part of recommendations by the CIS in a special report titled: “The Nigerian economic review: outlook and recommendations for 2020.” They stressed that if implemented, the initiatives would reposition the capital market and economic generally for better performance.

According to the CIS, reviewing the structure of the entire Nigerian financial system, significantly raising the utilisation and development of the capital market, would create a balanced and faster growth inclined system.

The CIS explained that among the MINT countries, in 2018, Nigeria recorded the lowest Stock Market Capitalisation-to- Gross Domestic Product ( GDP) ratio of 7.93 per cent, while Indonesia, Mexico and Turkey stood at 46.7 per cent, 31.46 per cent and 19.47 per cent respectively.

They also said government should direct pension funds in the country to look beyond fixed income investments and also invest substantially in the equities market for liquidity and stability purposes.

But, PFAs in Nigeria who have AuM of $20 billion commit only 0.2 per cent in infrastructural investment.
“Federal government should institutionalise the funding framework for capital market literacy (CML) in Nigeria, financially empowering CML oriented bodies, as is done in France through the Institute for Employment and Professional Training (IEFP).

“The Tertiary Education Trust Fund (Tetfund) should allocate a portion of its fund to the CML drive, and to the CIS in particular,” CIS added.
The stockbrokers said as banks control almost the entire liquidity in the Nigerian financial system, they should support capital market investments, including re-introduction of margin lending with improved regulations.

“The Central Bank of Nigeria (CBN), being the dominant institution that currently provides liquidity support for critical economic sectors, should extend its liquidity support to the capital market, including the equity segment,” CIS said.

The CIS pledged its support for the federal government, the CBN and the Securities and Exchange Commission (SEC) in their quest to make Nigeria the leading economy in Africa.
The CIS lauded the federal government and CBN for their work in piloting the economy, but urged them to elevate the role of the capital market in the developmental process,” it declared.

The acting Director General of Securities and Exchange Commission (SEC), Ms. Mary Uduk, recently called for more partnership and cooperation among regulators and operators in the nation’s capital in order to take the market to lofty heights.

Uduk stated in a New Year message to market operators and all stakeholders.
According to her, 2020 would see SEC embark on a number of programmes geared towards taking the market to new levels, saying all hands must be on deck to make that happen.

“The new year 2020, which also signifies the commencement of a new decade, will see us embark on a number of programmes geared towards taking our market to lofty heights. I enjoin us all to see this as a call to renew our passion and commitment to building the capital market of our dreams: a world-class capital market – founded on the values of partnership and cooperation that has helped us stand the test of time. The capital market of our dreams can only be achieved through harmonious partnership and our continuous cooperation,” she had stated.

She had noted that the various initiatives being implemented in the 10- year Capital Market Master-plan have made the capital markets more attractive to investors.
The SEC boss commended operators and stakeholders for their immense efforts and contribution towards developing the Nigerian capital market and enjoined them to remain committed, adding that it is time to ensure that vision of a world-class market is made a reality.

“The year 2019 saw us record tremendous results in a number of initiatives largely derived from the 10-year Capital Market Master Plan. These initiatives have helped make the market more attractive, efficient and properly positioned to harness its true potential. Through the implementation of interventions such as the Electronic Dividend Mandate Management System (E-DMMS) and the Identity Management System, we have made reasonable success in reducing the huge quantum of unclaimed dividends,” she had said.