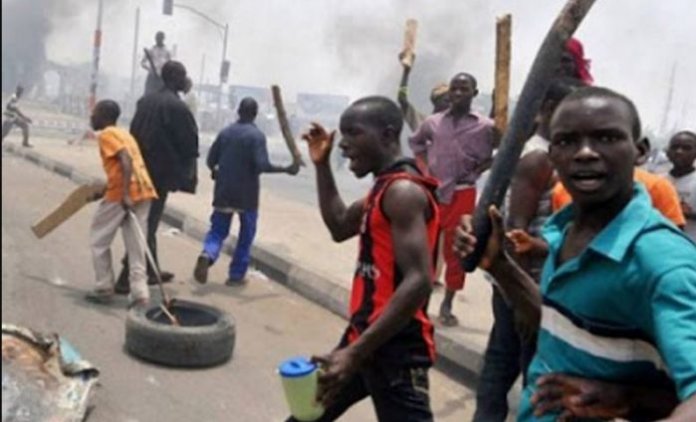 There was riot yesterday in Yenagoa, Bayelsa State, capital following the shooting of a commercial driver and two of his passengers by a policeman guarding a new generation bank at the Ekeki axis of the capital city.

The policeman was said to have opened fire on a commercial bus belonging to Peace Mass Transit company.

The policeman escaped in a commercial tricycle after killing the three people, after the bullet he fired pierced through the driver’s head and hit two other passengers, including a suspected member of the National Youth Service Corps (NYSC).

He reportedly got enraged because the driver stopped the bus, which came from Onitsha, Anambra State, in front of the bank.

The Police Public Relations Officer (PPRO) Asinim Butswat, said the policeman had been arrested and taken to the Criminal Investigation Department (CID) for full investigation, which will be made public.