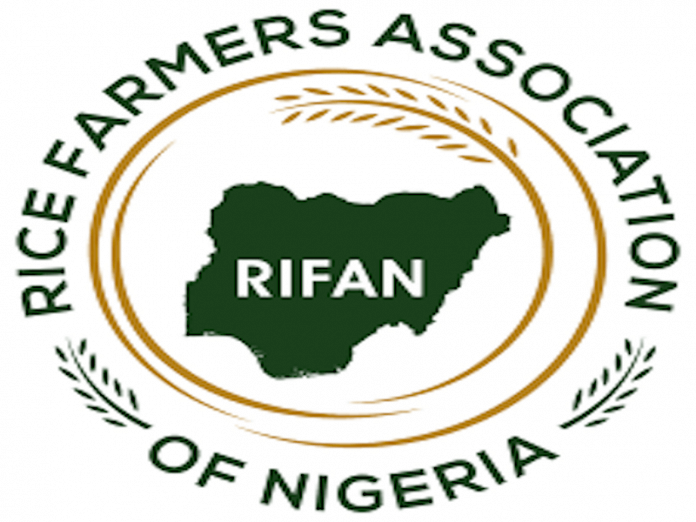 The News Agency of Nigeria (NAN), quoted Ramallah to have made the call at the Wet Season Loan Recovery meeting with local government and zonal chairmen of RIFAN held in Keffi recently.

The Central Bank of Nigeria’s (CBN) ABP was launched by President Muhammadu Buhari on November 17, 2015. The initiative was intended to create a linkage between anchor companies involved in the processing and small holder farmers (SHFs) of the required key agricultural commodities.

Ramallan, noted that the programme started in the state in 2018 and no fewer than 20, 000 farmers had benefited so far. Disturbed by the non-payment of the loan facility which was in the form of farm inputs, the chairman said the items given to farmers in the state was on loan basis and not for free.
He said the loan to be repaid was converted to bags of paddy which was based on the number of hectares of land cultivated.

“It is not charity; it is a revolving loan. We should do things that our children will benefit from in years to come. Any loan given must be paid. Individuals signed indemnity with RIFAN, as well as for others and accessed the loan so it must be paid to the last kobo. I will make sure they pay.
“The year 2020 is a year of hard work. And we must achieve our aim in the year. A situation where you indemnify someone that is not capable of repaying you should know you are liable and you will face the wrath of the law,’’ he said.

While stating that the state was expected to provide 50,000 bags of paddy for the loan recovery, Ramallan gave the farmers a time frame of January 30, to pay up at least 80 per cent of the loan.
He, however, commended President Buhari for the effort at diversifying the economy through agriculture with the collateral-free loan for farmers in the country at large.

The National Deputy Secretary of RIFAN, Alhaji Iliyasu Awodi, said that there were bags of paddy to be collected and those already collected was a far cry from what was envisaged.
“The last time we were at CBN, we learnt that there will be no anchor borrower if the association fails to pay 75 per cent of the loans collected.’’

He said if the programme was truncated, there would be a big problem for Nigerians because rice was one of the major staple food in the country.
He, therefore, urged the farmers to ensure prompt payment of the loan collected for government’s effort not to be in vain.

Also speaking, RIFAN Consultant on Debt Recovery, Alhaji Samaila Rukuba, RIFAN, said the association was an emerging platform that would ensure food security in the country.
“In spite of the border closure, we spent Christmas and New Year with enough rice. All sabotaging efforts failed,’’ he said.

The CBN had disclosed that 1,140,854 farmers participated in the production of 17 different agricultural products under its ABP as of the third quarter of 2019.

The Bank’s Director, Corporate Communications Department, Mr Isaac Okorafor, had said the figure was compiled since the inception of the project in 2015. He said 255 private groups and 14 state governments had participated in the scheme as at June this year.

The director also disclosed that 1,132,260 jobs along the various agricultural value chains had been created under its Commercial Agricultural Credit Scheme (CACS).

He said the bank commenced the scheme in 2009 to fast-track the development of the agricultural sector.
Okorafor, said that the central bank was aware of the role of the youth group in the overall development of the economy, hence inaugurated the Youth Entrepreneurship Development Programme (YEDP) to facilitate an improved access to finance by young people.

He said that this would help develop their entrepreneurial skills, stimulate job creation through the development of Small and Medium Enterprises among youths to harness entrepreneurial capacity as well as increase the contribution of the non-oil sector to GDP.