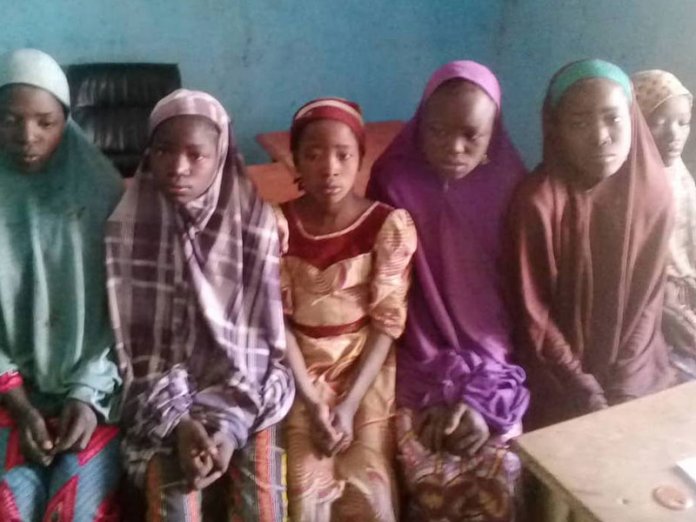 Policemen in Katsina State have rescued six girls abducted by bandits in Mata-Mulki village of Batsari Local Government Area of the state.

The victims, who regained their freedom on Wednesday, were said to have been kidnapped while working on their farmlands in the village on Tuesday at about 10: 23pm.

The state Police Public Relations Officer, SP Gambo Isah, who confirmed the rescue of the victims in a statement on Thursday, said they were rescued by men of Operation Puff Adder after a gun duel with the hoodlums.

He said: “On 01/01/2020 at about 12:30hrs, a distress call was received that unrepentant bandits in their numbers armed with AK 47 rifles have kidnapped some women working inside a farm at Mata-Mulki village of Batsari Local Government area of Katsina State.

“Operation Puff Adder led by DPO Batsari swiftly moved to the area. The team gave the hoodlums a hot chase into the forest and engaged them in a gun duel.

“Consequently, the bandits abandoned the victims and ran into the forest. And the team succeeded in rescuing one Zahara’u Abdullahi, aged 16 years and five other young women all of Mata-Mulki village of Batsari Local Government area of Katsina State.”