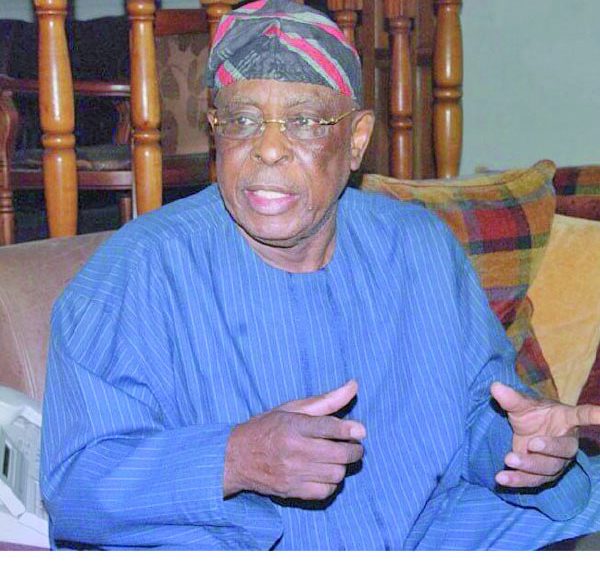 The facility, which is being planned architecturally to have complete modern facilities of international standard, is intended to meet the growing need of the school in terms of space, branding, and expansion.

In his keynote address, Osoba said the building was a good legacy for the present and future children of the school.

He said the estate, which was his brainchild as a governor, as well as the school, reminded him of his primary constituency, ‘journalism’.

Osoba said: “I thank God that I lived more of my reputation as a journalist than a former governor. All those of you who are involved in this project – the architect, civil engineer, everybody, I salute you.

“And particularly that you are spending great fund here shows your commitment to the development of education. God will reward all of you because education is key or vital for any society that wants development.

“Those of us from South-west, the legacy that our forefather, Obafemi Awolowo left for us is legacy of education, and because we are educated, it is only in South-west that you find people who are seriously informed and, our culture here is based on ‘Omoluabi’, meaning self-esteem”.

He added: “I want to thank Otunba Rusewe; he is somebody close to me. He is just one man with passion. Give Rusewe a job – he will carry it out with the best of his ability; that I know of him. He is a man with determination. So, I am not surprised rather, I am happy that he has lived his dream and reputation by starting this school.”

Meanwhile, the current Chairman of JERDA, Mrs Olufunke Fadugba, said the school which started with nine teaching and two non-teaching staff as well as 38 pupils, presently has 156 pupils.

She added that the school has the prospect of having a junior secondary arm and 26 teaching and non-teaching staff.

Fadugba further said: “Journalists’ International Schools is a privately-owned community primary school, which prides itself as a brand that gives high-quality education service even while serving to meet the needs of not only children of journalists and residents, but also those in the immediate environment at moderate charges.

“The new building is to meet the growing needs of the school in terms of space, re-branding, and expanding its scope. “

On his part, the Chairman of the school’s board, Mr. Oludare Mayowa, said: “Today is one of the legacies we are leaving behind. We are trying to leave behind solid structure for the school before we go out. “