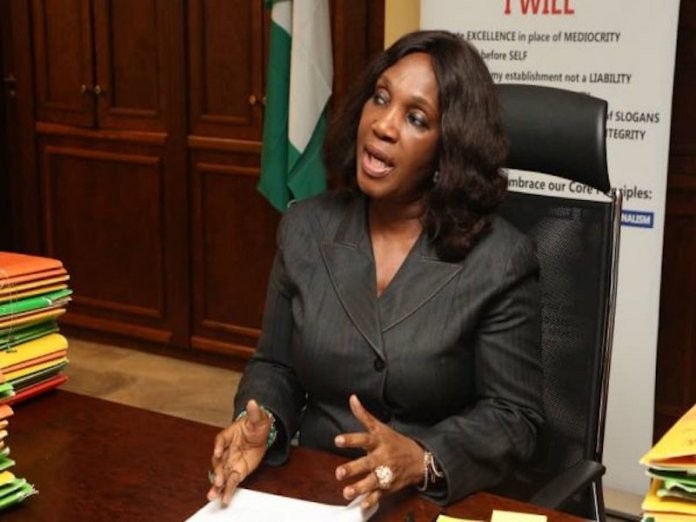 She said this after a statement by the Presidency confirming her appointment.

Nunieh also promised that the commission will ensure speedy completion of all ongoing projects in the Niger Delta region.

She expressed appreciation to President Muhammadu Buhari for changing the narrative of the Niger Delta region through his development agenda for the oil-producing area and the opportunity given to the Interim Committee to serve the region.

She said, “I am sure this committee will experience an exciting and fulfilling journey at the NDDC. I want to commend the deep interest that Mr. President has shown in changing the narrative”.

She promised to engage Niger Delta leaders and stakeholders of the region, by carrying them along in the cCommission’s activities.

Nunieh therefore called for innovative ideas that would forge the region ahead, and place it on the global map.

“As we face the scourge of reduced revenue from the combined effect of decline in global oil prices and the crippling economic sabotage of Nigeria’s oil production activities, NDDC would look into innovative and more efficient ways of executing its mandates.”

Nunieh also assured that the team would execute their mandate to the satisfaction of the Niger Delta region and the Nation, promising to take NDDC to the next level.

She said, “We are here because Mr. President expects that the forensic audit should be done properly from 2001 to date. There will be no compromise and the people will know that a new team is here to work.”

She promised that under her watch, the Commission would complete more than 50 per cent of abandoned projects, adding that the NDDC would carry out the mandate of President Buhari to complete all on-going projects in the region and positively impact on the lives of people in the rural areas.

However, she expressed dissatisfaction with the situation at most of the sites visited by the team.

She noted that non-performance of some contractors justifies President Muhammadu Buhari’s order for a forensic audit of the NDDC.

She said, “We are here because Mr. President expects that the forensic audit should be done properly from 2001 to date. There will be no compromise and the people will know that a new team is here to work.”

Pledging their support, the commission’s Executive Directors, Dr. Cairo Ojougbo and Mr. Bassey Efang, said they would ensure their experiences are put to bear for the growth of the region.