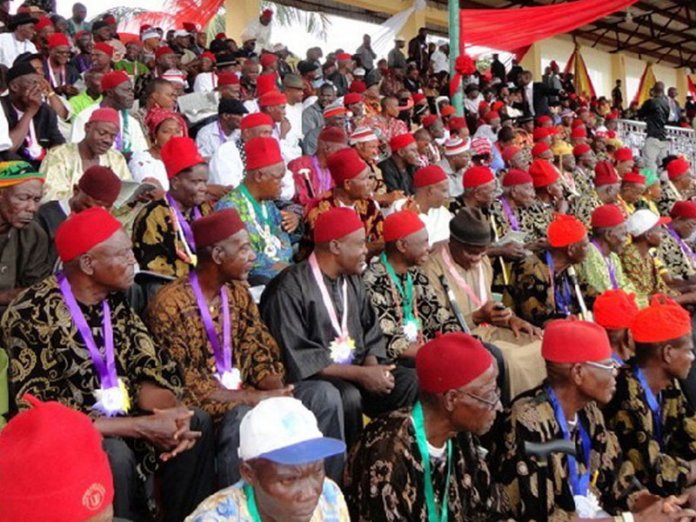 The group’s president, Chilos Godsent, at a press conference in Owerri, the Imo State capital, warned that INC would storm Calabar, the Cross River capital in protest to demand for the resignation or sack of the governor if the detained journalist was not freed within 14 days effective January 1.

INC stated it would mobilise members of civil society organisations and human rights activists across the country to shut down the state if Ayade refuses to release Jalingo who had been in detention since August.

The human rights activist said, “we call for the unconditional release of Comrade Agba Jalingo who was incarcerated since August 2019 by Governor, Benedict Ayade of Cross River State.

“Comrade Agba Jalingo, a practicing journalist was arrested and detained on the order of governor Benedict Ayade inAugust 2019 and since then Agba Jalingo is been wantonly remanded in prison even when the purported allegations levelled against him were bailable.

“We do not know when it had become an offence in Nigeria for a citizen to demand accountability on how public fund is being spent by a public office holder, especially when the man at helms of affairs is a professor.

The group explained that it has watched the intrigues surrounding the prosecution of Jalingo and “therefore calls on governor Benedict Ayade of Cross River State to respect the 1999 Constitution of the Federal Republic of Nigeria which guarantees Freedom of Expression and the Fundamental Human Rights of Comrade Agba Jalingo, and thus, quickly release him from detention within the next fourteen days beginning January 1st 2020”

“We can no longer condole the tendencies of governor Benedict Ayade to strange Freedom of Speech and Human Rights in Cross River State, therefore turning the State into a den of despotism and dictatorship of an oppressor.

“We, therefore, state that if our demand to unconditionally release Comrade Agba Jalingo within fourteen days as stated is treated with levity, INC will not hesitate to mobilise the entire civil society organisations and Human Rights activists to storm Calabar for mother of all protest to demand for the immediate resignation or impeachment of governor Benedict Ayade as Governor of Cross River State,” the group stated.