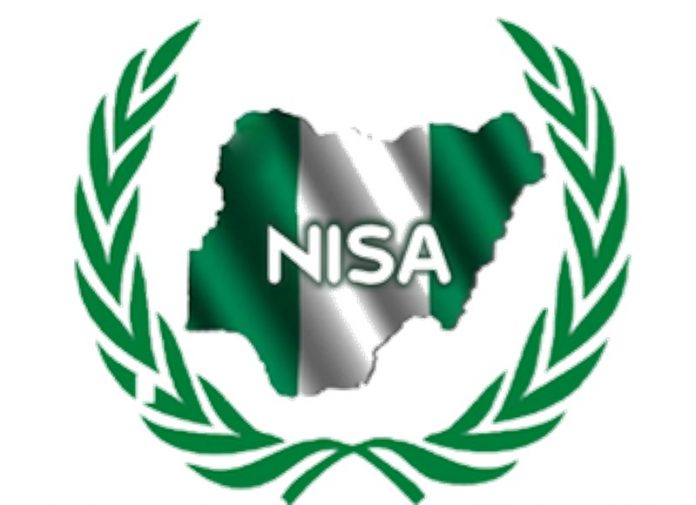 Stories by Eromosele Abiodun
The Nigerian Ship-owners’ Association (NISA) has called on the Nigerian Maritime Administration and Safety Agency (NIMASA) to ensure that the procedure for the disbursement of the $124million Cabotage Vessel Finance Fund (CVFF) to Indigenous Ship-owners will be transparent and all encompassing.

Speaking when members of the steering committee of NISA paid a courtesy visit on the Director General of NIMASA, Dr Dakuku Peterside, a member of the committee, Taiwo Akinpelumi, said the pronouncement on the disbursement of the CVFF is important and game changing statement that will bring succor to indigenous Ship owners.

Akinpelumi, also told NIMASA that the association would present suggestion and position to the disbursement of the CVFF accordingly.

“Some policy pronouncements have been made as regards disbursement of CVFF. We view this as important and game changing statement, which will definitely bring succor to ship owners in Nigeria. We hope the modalities and the criteria for the selection and the guidelines to be deployed for the disbursement will be transparent and all encompassing. However, with full benefit of the genesis and ultimate start of the Cabotage regime, NISA will presents suggestions and position accordingly,” he said.

Responding to the Ship owners, the Director General of NIMASA, Peterside said the industry is excited about the end to the rift that engulfed the association for so many years.

Peterside, who was represented by an official of the agency, Mr. Anthony Ogadi, further stated that the faction in NISA had over the years been a nightmare to the agency and stakeholders in the industry.

The NIMASA boss, however, assured the committee that NISA members will be adequately informed when the CVFF is about to be disbursed.

He said: “No penny has so far been disbursed from the CVFF but I can assure you that if the disbursement is about to take place, the guidelines and criteria will be made public for everyone to see.”

On the provisional certificate, the DG urged the Ship-owners to start the registration early enough so that they can be issued within 48hours.
The Minister of Transportation, Rotimi Amaechi, recently announced that President Muhammadu Buhari has approved disbursement of the CVFF to indigenous ship owners.

The CVFF is a special intervention fund created alongside the country’s Coastal and Inland Shipping Act, 2003, otherwise known as the Cabotage Act, to assist indigenous ship owners with acquisition of vessels to enable them operate maximally in the country’s cabotage trade. The fund was also to form a source of aid to enable local ship owners compete favourably against foreign ship owners in crude oil freighting on the Nigerian waters.

Task Team On Apapa Assures Stakeholders of Improved Traffic Control
The Presidential Task Team on the restoration of order in Apapa has assured stakeholders that it will continue to do what is necessary to ensure free flow of traffic in and around Apapa.

The assurance came in the midst of allegation by the National Chairman of PTD that Tankers spend five days on roads to access depot in Lagos.

Executive Vice Chairman of the task team, Kayode Opeifa, in a statement explained: “We are surprised, disappointed and disagreed with the statement credited to the National Chairman of PTD that Tankers spend five days on Lagos roads to access depot in Lagos as reported by a leading National Newspaper.

This is far from being the situation on ground in Lagos and Apapa area and different from reports from the various depot that we work with in the area.
“No tanker spends more than 12 hours on the road from its tanker park be it in Ogere or any part of Lagos state to the loading depot to load fuel in Apapa Part of Lagos as a result of traffic.

“Let the depot owners and tanker drivers speak on instances where they spend more than 24hrs except due to incidences or accidents or occasional restricted access to their depot which as occurred not more than twice at Folawiyo due to construction and at Marine beach due to Tanker breakdown. In both cases, it was resolved to the satisfaction and appreciated by the depot owners and the local NUPENG.

“We believe he must have been quoted out of context as we understand the press statement was extempo. We need not sensationalise issues as it creates tension.
“We have good working relationship with the leaderships of PTD at national, SW region and the various branches and units in Lagos with no such complain ever raised. We demand clarification as we believe we have good working relationship with PTD at all levels.”

He added: “We have no evidence of tankers on queue more than hours from Funsho William’s to depot nor from Mile 2 to the depot except thrice in the last three months occasioned by access issues arising from developmental ongoing rehabilitation at Creek road and a breakdown at Marine Beach area.”