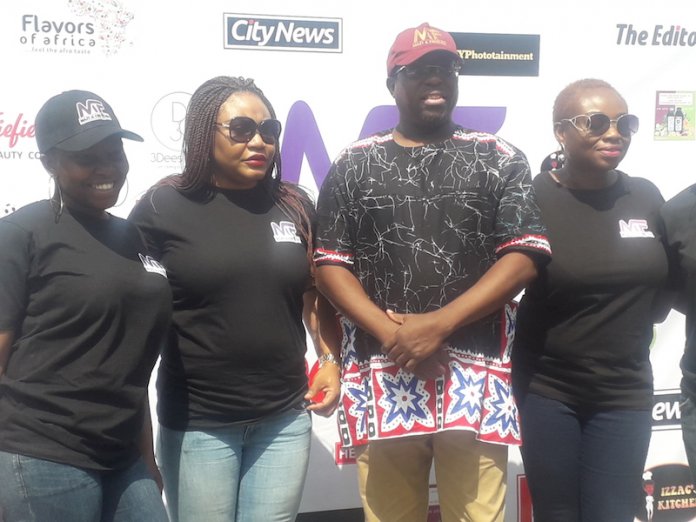 Yinka Olatunbosun
The one-stop variety show, Mazi and Friends Live!arrives in Lagos on Sunday December 29 at the MuriOkunola Park, Victoria Island, Lagos in a relaxed atmosphere of music and “yabis”, that is banter.

Initiated by Maxi Abiodun Idris, the show is a product of the humourous social media commentaries propagated by Mazi to discuss serious issues in a light-hearted manner. His huge followership on the social media space had become a near cult following with many fans demanding to party with Mazi. The unconventional storyteller often recounted personal experiences in a way that resonate with a wide range of audience using a hybrid of language. In a press briefing held at a lounge in Anthony Village, Lagos, Mazi explained how his show was born.

“I decided to transit from writing to having a show because lots of people say that I have impacted their lives with my writing. Lots of people are living with depression and I always tell stories that inspire them. My show is always lay-back. My late mother, Alhaja is a big influence in my storytelling. I am not a comedian but God gave me the gift to write. People pay to hear why I am called Mazi even though I am a Yoruba man,” he said, with tongue-in-cheek.

The show will feature Dede Mabiaku and Koffi the Comedian. As usual, the lead DJ is from the old school and will be joined later by a few new school DJs. Maziwho had done a show of its kind in London just a few weeks ago said that the Lagos show also includes aCSR project that tackles disability in sports.

In 2018, “An Evening with Mazi and Friends” was held at the Freedom Park, Lagos that featured dance groups, music and lots of storytelling.