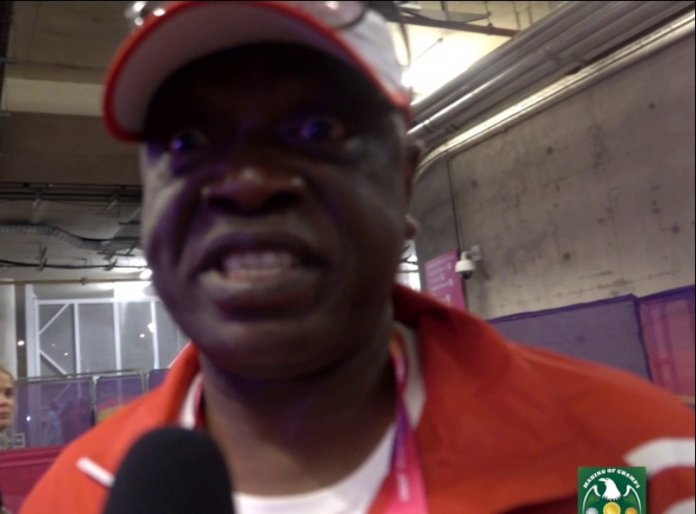 Athletics Federation of Nigeria (AFN) acting president, Olamide George has said that the death of another veteran athletics coach,John Obeya has devastated the athletics community in Nigeria.

Coach Obeya died yesterday in Jos,Plateau state after complaining of stomach ache.He was aged 65.
“This is a very sad day for track and field in Nigeria. When we are still mourning the untimely passing of coach Tobias It’s,another blow has been dealt our dear sport with the report of coach Obeya’s death in Jos,’said George in a statement.

“Coach Obeya complained of a stomach problem on Monday and was taken to an undisclosed hospital in Jos where he was operated upon but sadly he didn’t survive,’said George who lamented Nigeria has lost one of her most talented track and field coaches.

Until his death,Obeya was a sprints coach with the Bahrain Athletics Association and was instrumental to the recruitment of reigning world 400m champion, Salwa Eid Naser (formerly Ebelechukwu Agbapuonwu) by Bahrain in 2014.

Although Eid Naser struck gold at the 2019 IAAF World Championships in Doha,Qatar under another coach,Dominican Jose Ludwig Rubio,it was Obeya that laid the foundation for her incredible feats in the women’s quarter-mile where she ran 48.14 seconds,the third fastest time of all time behind (East) Germany’s Marita Koch (47.60 seconds in 1985) and Czech’s Jarmila Kratochvilova (47.99 in 1983).

‘Like coach Tobias Igwe,coach Obeya was also in the Nigeria team to the first IAAF World Junior Championships in Athens,Greece in 1986 where he took charge of especially the two jumpers in the team,Beatrice Utondu and Caroline Nwajei and has produced so many top stars for Nigeria.It is on record that he trained Tina Ozoro to the first national triple jump record and top jumper,Chinedu Odozor and Samuel Onikeku,’George further stated.

The AFN acting president says the federation will send a condolence message to the family of coach Obeya and prays that God grants the family to bear this great and monumental loss.