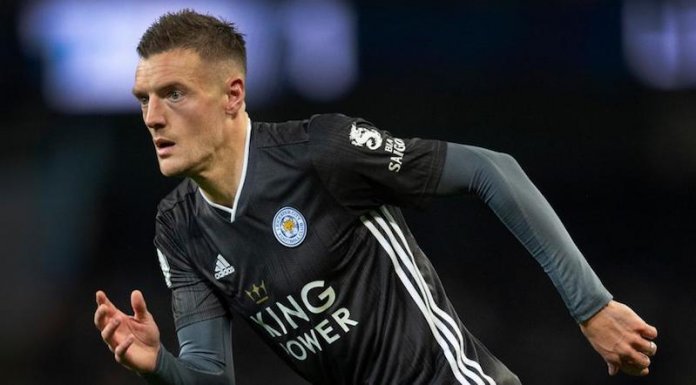 The Boxing Day clash of the top-two, at Leicester’s King Power stadium, headlines a full programme of festive fixtures and despite Leicester’s 3-1 reverse at Manchester City on Saturday, Liverpool boss Jurgen Klopp is aware of the dangers that his side face.

Leicester manager Brendan Rodgers, who was replaced by Klopp at Anfield, has built a team that has won as many games as Pep Guardiola’s City, 12 out of 18. They have lost just three times and in Jamie Vardy they have the league’s top scorer with 17 goals.

“We will try (to stop Vardy). He’s a massive striker, an exceptional striker. One of the top three since I’ve been in England,” said Klopp.

“He’s difficult to defend, always on the shoulder… playing the offside line, really dangerous. The only thing you can do is avoid the passes to him and that’s what we’ll try.

“But Leicester is not only Jamie Vardy. Brendan has done an excellent job there and they’re a proper top class team. The quality they have is exceptional,” added the German.

Klopp will need to draw on his strength in depth given that midfielder Alex Oxlade-Chamberlain suffered an ankle injury in the extra-time win over Flamengo in the Club World Cup final in Qatar.

With Dejan Lovren, Joel Matip and Brazilian Fabinho all sidelined, Joe Gomez is likely to partner Virgil van Dijk in the centre of defence.

Manchester United, smarting from their defeat at Watford on Sunday, are at home to Newcastle United, a game which could see Paul Pogba return to the starting line-up.

The French midfielder, who had been out with an ankle injury since September, came on as a substitute at Watford but could start against Steve Bruce’s side.

“He is the best all-round midfielder in the world,” said United manager Ole Gunnar Solskjaer, who admits that it can be tricky to designate a precise midfield duty for the former Juventus player.

Two clubs will have new managers in charge for the first time with Mikel Arteta’s Arsenal at struggling Bournemouth and Carlo Ancelotti taking the reigns of Everton at home to Burnley.