The Southwest zone of the National Butchers Union of Nigeria has pleaded with All Progressives Congress National Leader, Asiwaju Bola Tinubu to seek election into the office of president in 2023.

The butchers who met in Lagos said equity, fairness and justice demanded that Tinubu be given a chance on the platform of the All Progressives Congress to via for the president’s office.

Southwest coordinator of the union, Alhaji Biliamin Eleshinmeta who led state chairmen of the union from Lagos, Ogun, Oyo, Osun, Ondo, Ekiti and Kwara states on a visit to Lagos, said members of the union across the country were of the views that Tinubu remains an asset to the country.

The butchers said that they were impressed by Tinubu’s accomplishments as governor of Lagos State and would want him to replicate them at the national level.

According to them, Tinubu’s people oriented programmers stood him out among his peers.

While promising to mobilize their supporters across the country to make the Tinubu’s presidency a reality, they urged him to disregard anti-progressives elements trying to distract him from the task ahead.

The butchers acknowledged the role Tinubu played in the struggle for actualization of the annulled June 12 presidential election and commended President Muhammadu Buhari for recognizing the June 12 struggle.

The butchers said that they wanted a better Nigeria and were of the opinion that Tinubu can deliver good governance for the people of Nigeria.

A close associate of Tinubu who said he was not authorized to meet with the butchers thanked the union for its interest in Tinubu.

He however urged the butchers to be patient and promised to convey their messages to the APC national leader.

editor - April 3, 2020 2:42 am
2
GUEST COLUMNIST: KINGSLEY MOGHALU “Leadership is not about a title or about a designation. It’s about impact, influence, and inspiration.” – Robin S. Sharma Author of... 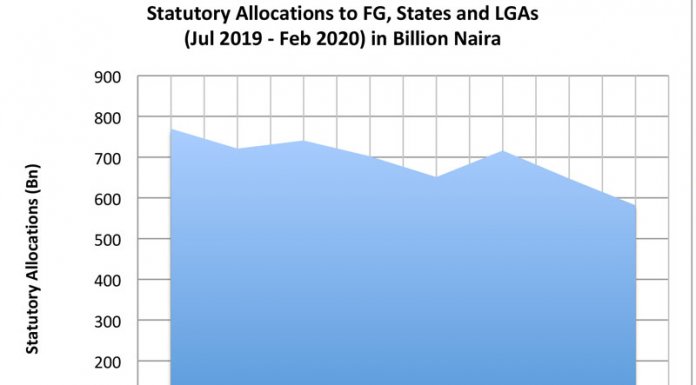